Northeast 5 – Sectional/District Bracket The Berea-Midpark boys soccer team will take on Elyria at 6 p.m.  Wednesday October 21st at Ely Stadium in Elyria, in the team’s opening game of the 2020 OHSAA Tournament. The winner of the game between the No. 26-seeded Titans and the No. 24 Pioneers, will meet No. 3 Avon 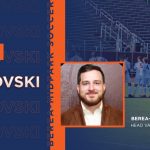 Joe Jovanovski, former coach of Sandusky High School Boys Soccer, has been named head boys soccer coach at Berea-Midpark High School. “It was obvious to our search committee the passion and energy Joe has for continuing to build our boys soccer program” said Berea-Midpark Athletic Director Adam Howard.  “We are looking forward to getting coach Jovanovski started 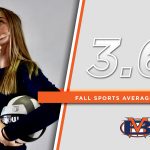 Multiple Teams · Nov 8 Titans Making the Grade; Once Again Setting the Standard in the Classroom

On the field and in the classroom, it was a great Fall to be a Titan. Berea-Midpark’s competitive success is matched by its academic work, as the Titans had an outstanding first quarter in the classroom with their overall grade-point averages. Of the roughly 320 Fall season student-athletes registered at Berea-Midpark High School, 210 (66%) 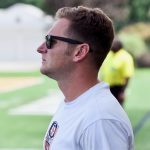 Steve Blatnica is retiring from coaching following a highly successful seven year career as head boys soccer coach at Berea-Midpark High School. “As a product of the Berea City School District I was beyond fortunate to have had the opportunity to play, and coach the sport I love within the schools I’ve always called home” 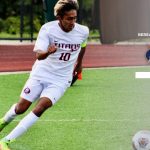