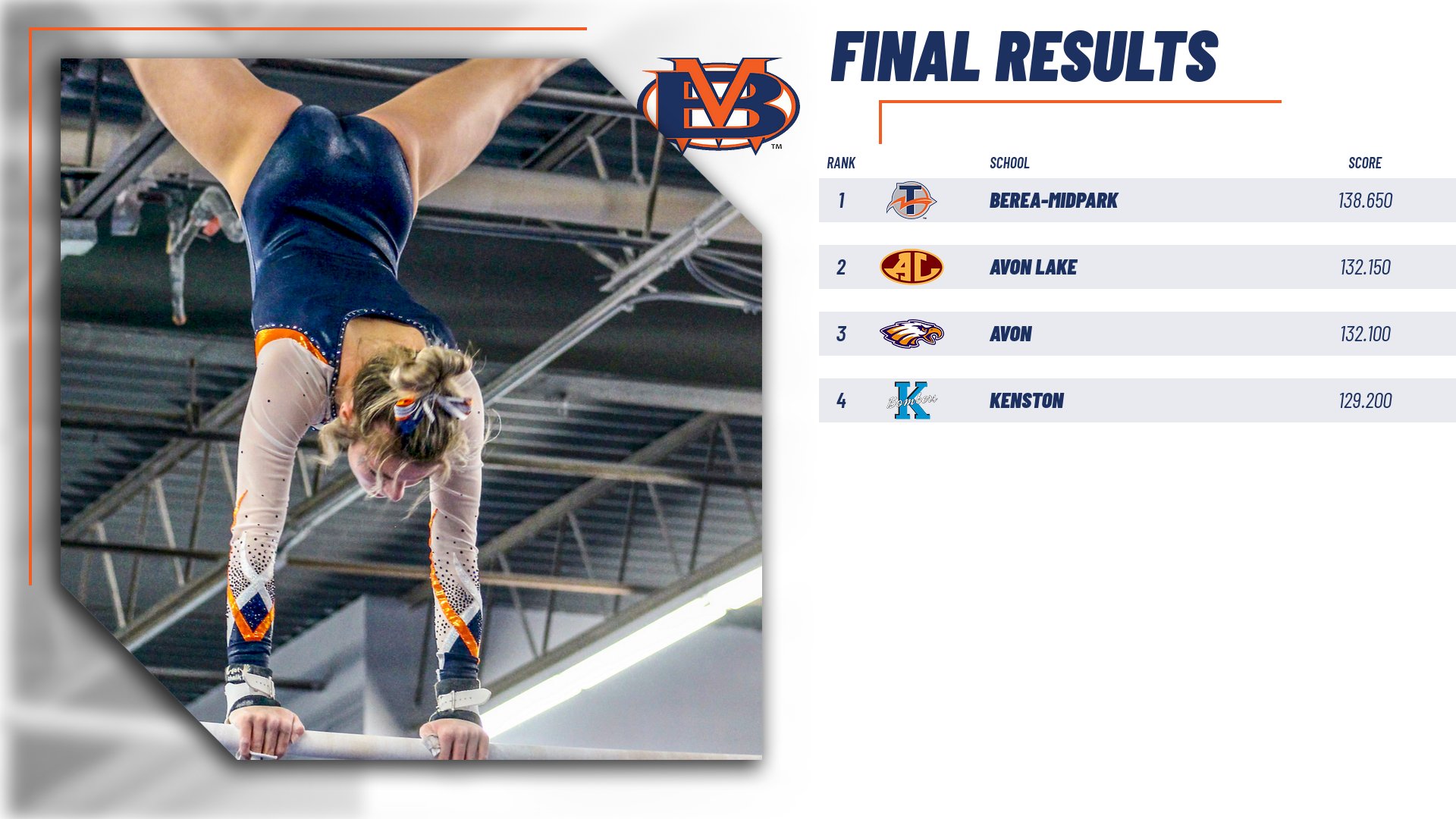 The Berea-Midpark gymnastics team posted a 138.650 in a quad meet win over Avon, Avon Lake and Kenston Sunday afternoon at X-treme Gymnastics. The Shoregals finished second with a 132.150 followed by Avon at 132.100 and the Bombers at 129.200.

Sophomore Brooklyn Varga won the All-Around with a score of 36.000 while freshman Finley Devins claimed fourth with 34.150.

The Titans began the afternoon on the uneven bars. Varga posted a 8.800 to finish third on the event while Maiya Agnew notched a 8.350 to earn fifth.

The second rotation took the Orange and Blue to the balance beam where An Nguyen posted a team high 9.000 to finish second while Varga tallied a 8.900 to tie for third.

Two more Titans placed on floor exercise with Varga finishing third with a score of 9.200 and Devins scoring 9.000 for fifth place.

UP NEXT
The Titans will hit the road Saturday as they compete against North Royalton. Events get underway at 6:30 p.m.