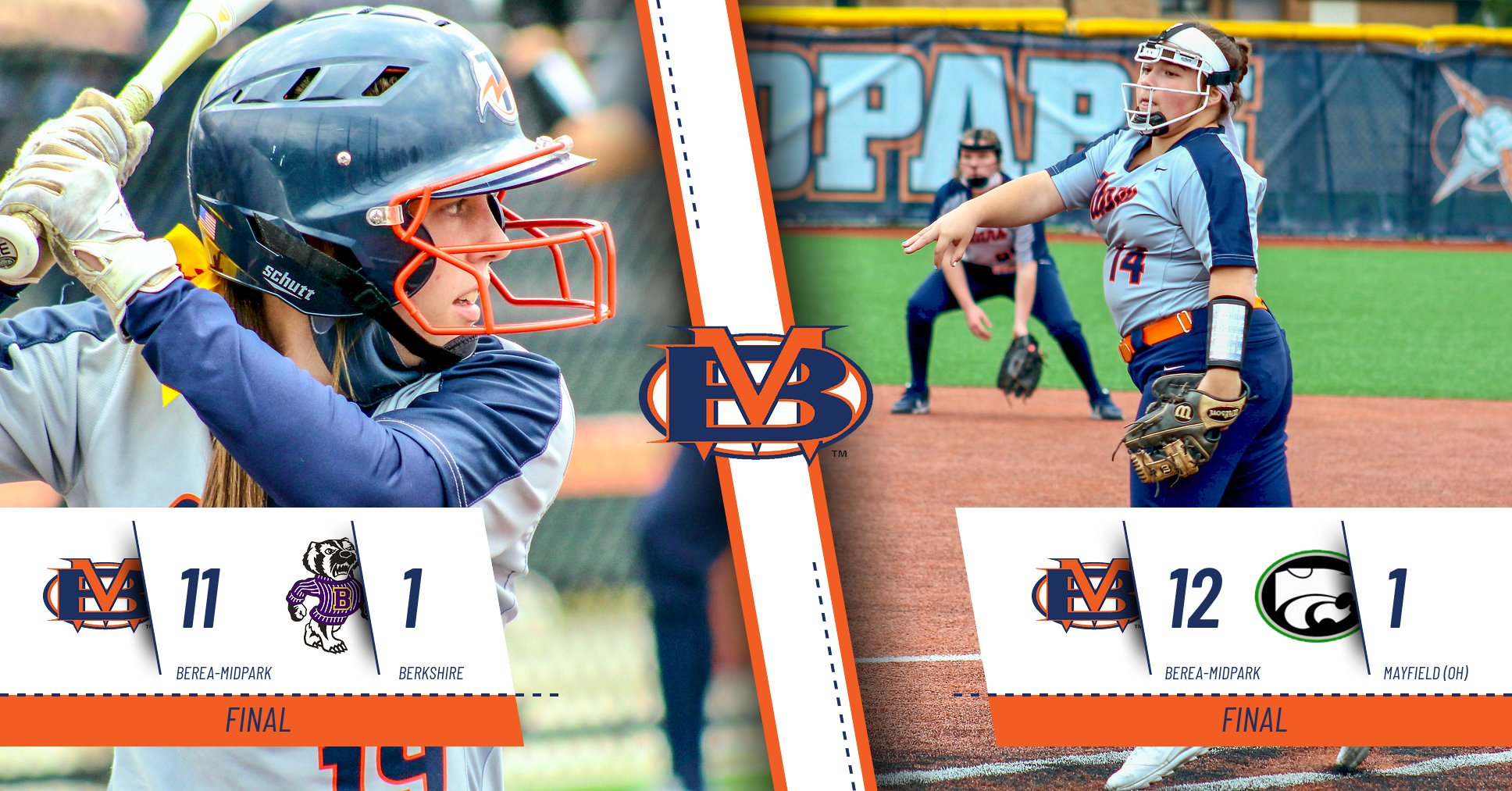 The Berea-Midpark softball team (9-10) picked up a pair of wins on the second day of the Battle on the Lake Fastpitch Classic. The Titans cruised by Berkshire, 11-1, in the first game and defeated Mayfield, 12-1, in the afternoon contest at Victory Park.

Game 1: Berea-Midpark 11, Berkshire 1
Friday night’s wash out with Perrysburg did little to dampen the spirts of Berea-Midpark’s offense. The Orange and Blue lit up the Badger pitching staff to the count of 20 hits, including six extra-base hits.

Up 5-1 in the top of the sixth inning, Mia Strizak drove an 0-1 pitch over the left field wall for her first home run of the season, scoring Sam Birch. In the seventh inning, Sam Smearman hit her third long ball of the season, plating Olivia Fayne and Sam Peterkoski. Jenna Zaremba had a tremendous morning at the plate, delivering four hits from the bottom of the lineup.

Alicia Ortiz earned the start and the win against the Badgers. The sophomore went seven strong innings, scattering six hits and only giving up one run on her way to striking out five. Ortiz also went 3-for-5 from the dish, driving in a run for the Titans.

Game 2: Berea-Midpark 12, Mayfield 1
Ortiz showed just how bright her future can be after going the distance for the second time on the day. The righty held Mayfield to four hits while racking up three strikeouts. She helped her own cause at the plate, going 2-for-3 with a home run and two RBI.

Trailing 1-0 in the fourth inning, the Titans offense kicked into high gear again. Strizak, Kyleigh Tyler, and Fayne all singled and drove in runs to give Berea-Midpark a 3-1 lead. After a lead-off single in the fifth by Smearman, Ortiz drove her first home run of the season over the left field wall. In the sixth, the flood gates opened. Birch, Strizak, Zaremba, Lila Ostrander and Fayne all drove in runs to give the Orange and Blue the 12-1 run rule victory.

UP NEXT
The Titans return to SWC action on Monday May 3rd with a trip to North Ridgeville. First pitch is scheduled for 4:45 p.m.