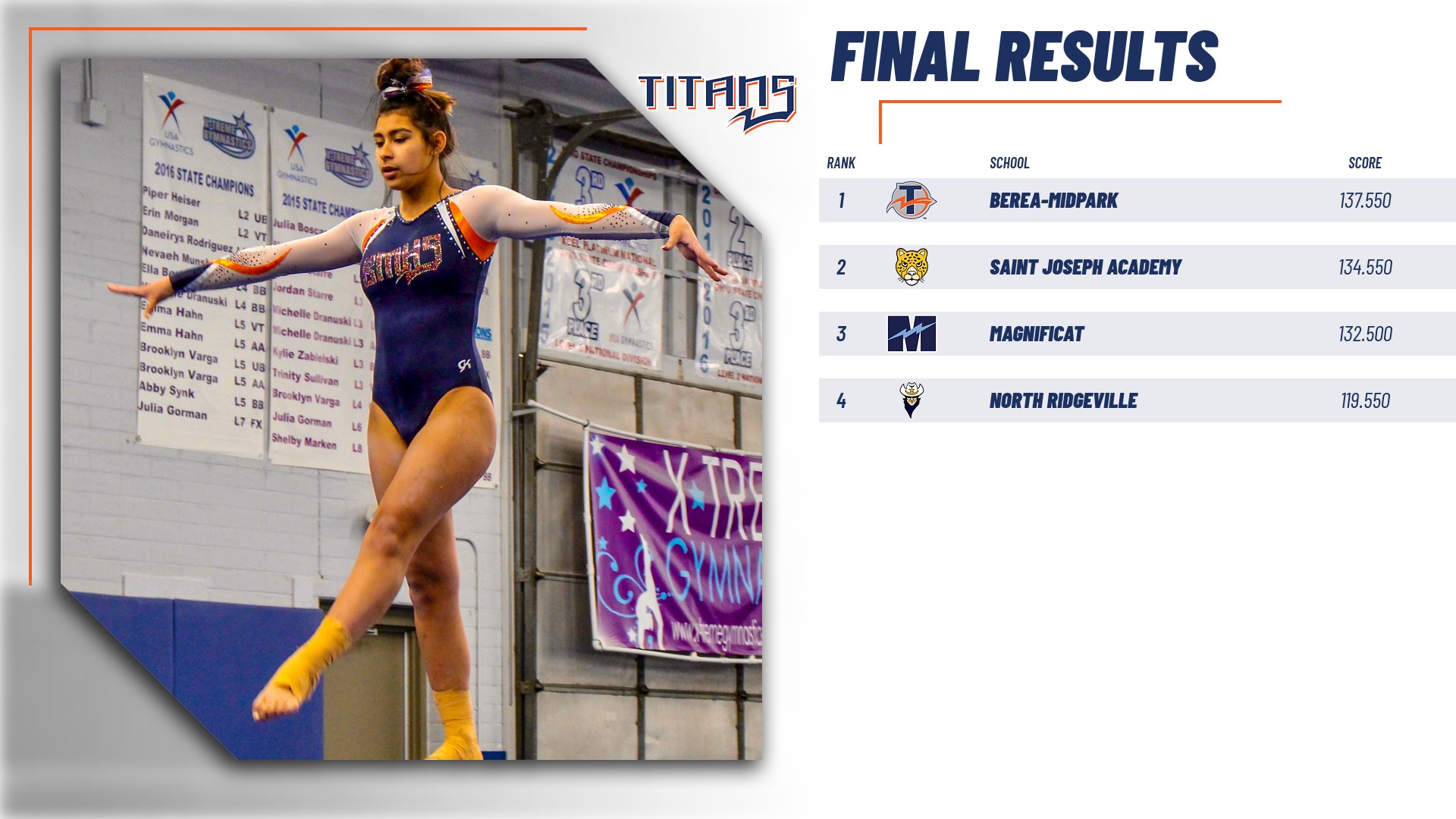 The Berea-Midpark gymnastics team posted a 137.550 to beat St Joseph Academy, Magnificat and North Ridgeville on Tuesday afternoon at X-treme Gymnastics. The Jaguars finished second (134.550), the Blue Streaks third (132.500) while the Rangers came in fourth (119.550).

Berea-Midpark started the meet on vault with sophomore Marissa Jones placing third in the event with her score of 9.050.

An Nguyen scored a 8.300 on uneven bars, earning her second place. Maiya Agnew posted a 8.250 in the event, tying Emma Maher from Rocky River for third place.

UP NEXT
The Titans are back in competition on Saturday January 2nd when they compete against North Olmsted, Olmsted Falls and Medina High School at 5:15 pm.