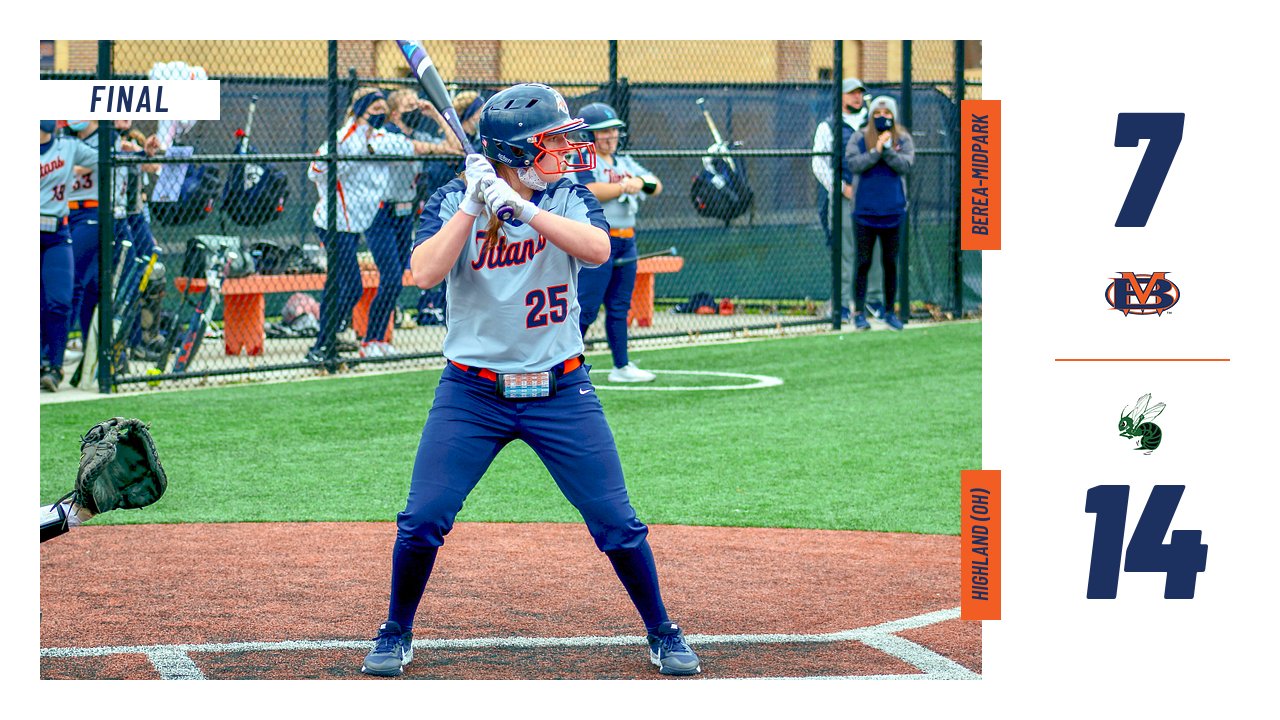 Junior Sam Smearman delivered a grand slam in the fourth inning, but Highland scored six first-inning runs and held off a late Titan rally to register an 14-7 victory on Tuesday.

After taking a 2-0 lead to start the game, Berea-Midpark watched as Highland responded with six in the bottom of the frame and then five more in the second and third to build a 11-2 advantage.

Smearman hit the grand slam in the fourth inning with one out and the Titans plated another run to cut the deficit to 13-6, but the Highland responded with two of their own in the bottom of the frame to make the score 13-6.

Sam Birch hit a triple to lead off the top of the fifth and Olivia Fayne drove her in for her first RBI of the season to close out the scoring for the Orange and Blue.

Alisia Ortiz got the start for Berea-Midpark, throwing two innings and striking out two before giving way to Mallory Herwerden. The sophomore tossed four innings of work only giving up four hits and striking out four.

UP NEXT
The Titans will continue their road trip with a game at Avon on Wednesday April 7th. First pitch is scheduled for 4:45 p.m.