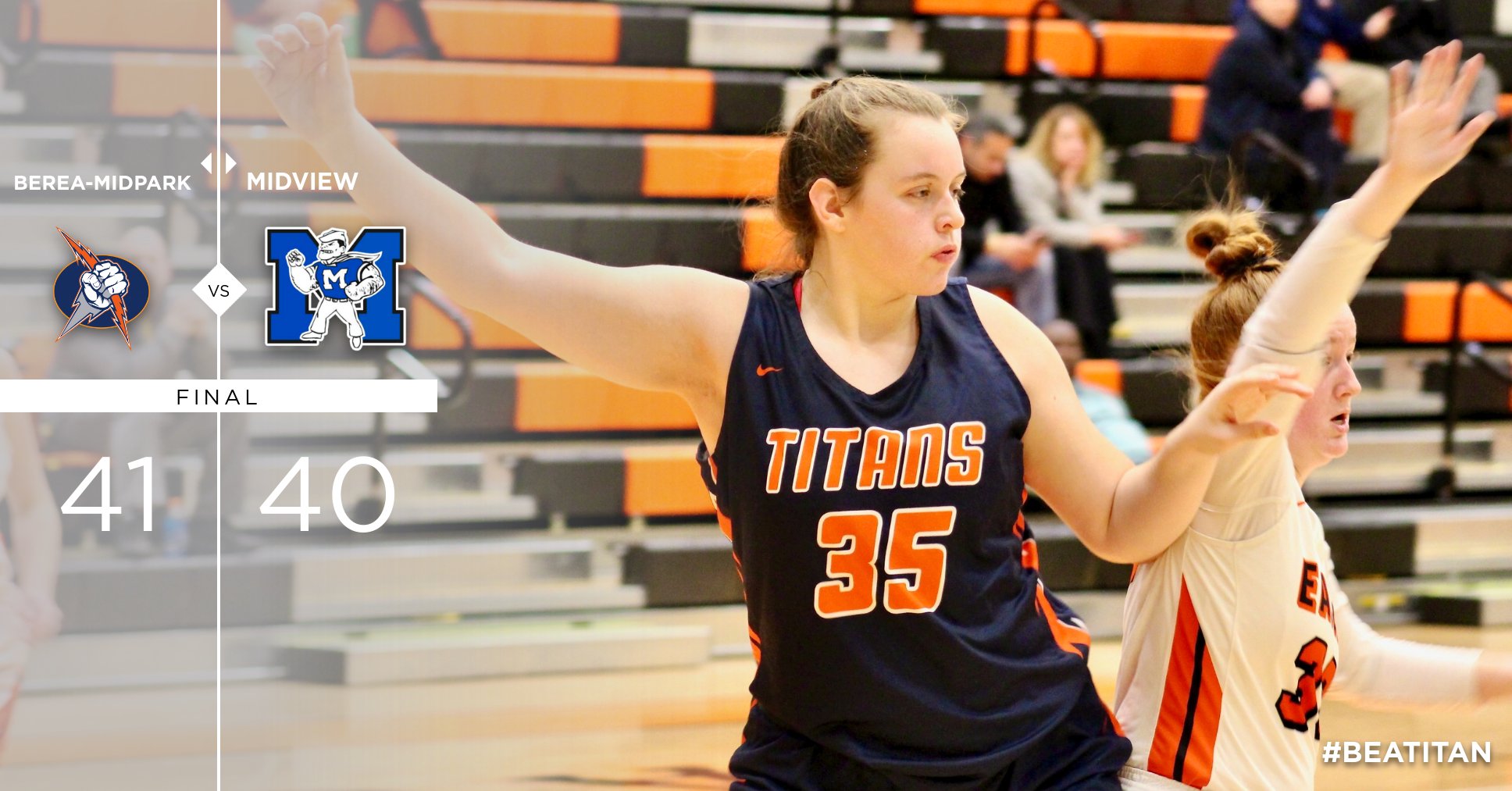 Berea-Midpark held Midview to six points in the fourth quarter and made just enough plays down the stretch to come away with a hard-fought 41-40 victory Wednesday evening at Bob Purdy Gymnasium.

Sophomore Jenna Bycznski led the Titans with a game high 16 points. Senior Sydney Lantow scored all five of her points in the fourth quarter to help spring the Titans comeback. Athena Sevastos also had two big buckets late as she finished with ten points.

The fourth quarter was the difference in the game and that’s when the Titans defense shined. BMHS held Midview to just six points, zero points from the field, in the final quarter. Conversely, the Titans had their best quarter of the game, as Bycznski put the team on her shoulders scoring seven of her 16.

UP NEXT
The Titans will host North Olmsted on Saturday January 18th in the Bob Purdy Gymnasium. JV will tip at 12:15 and Varsity will follow at 1:30 p.m.