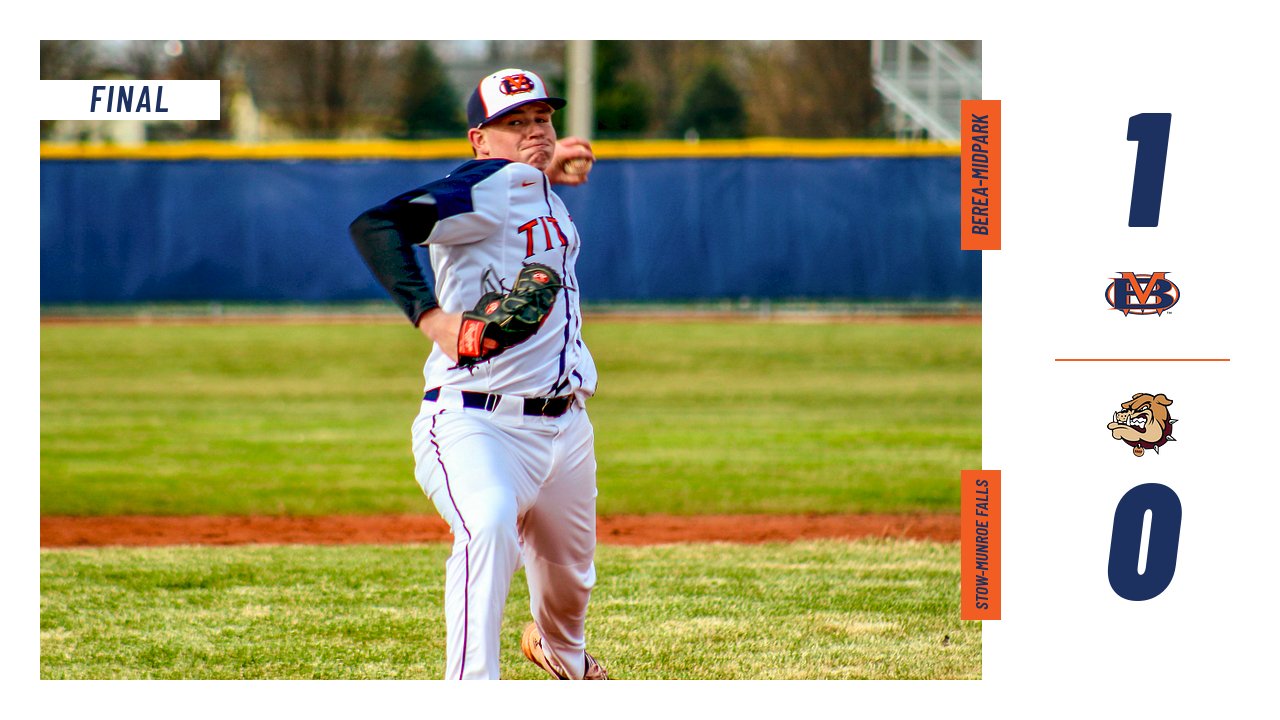 Behind strong pitching, the Berea-Midpark baseball team claimed a 1-0 win over Stow-Munroe Falls Wednesday at Kennedy Field. The Titans improve to 2-1 heading into SWC play. Junior pitcher Brandon Bechtold got the win in his varsity debut.

Both teams were kept off the board until the bottom of the fifth when Josh Kincaid scored the lone run of the contest after Stow-Munroe Falls starting pitcher Connor McCartney tossed a wild pitch, allowing Kincaid to score from third base on the error with one out on the board.

Left-handed starting pitcher Brandon Bechtold went the distance, only giving up one hit on five walks with six strikeouts in the win. Gianno Zuccaro led the Orange and Blue with two hits and tremendous defense from his center field position.

UP NEXT
Berea-Midpark is scheduled to travel to Olmsted Falls Thursday April 1st for a SWC rival showdown. First pitch is scheduled for 4:45 p.m.