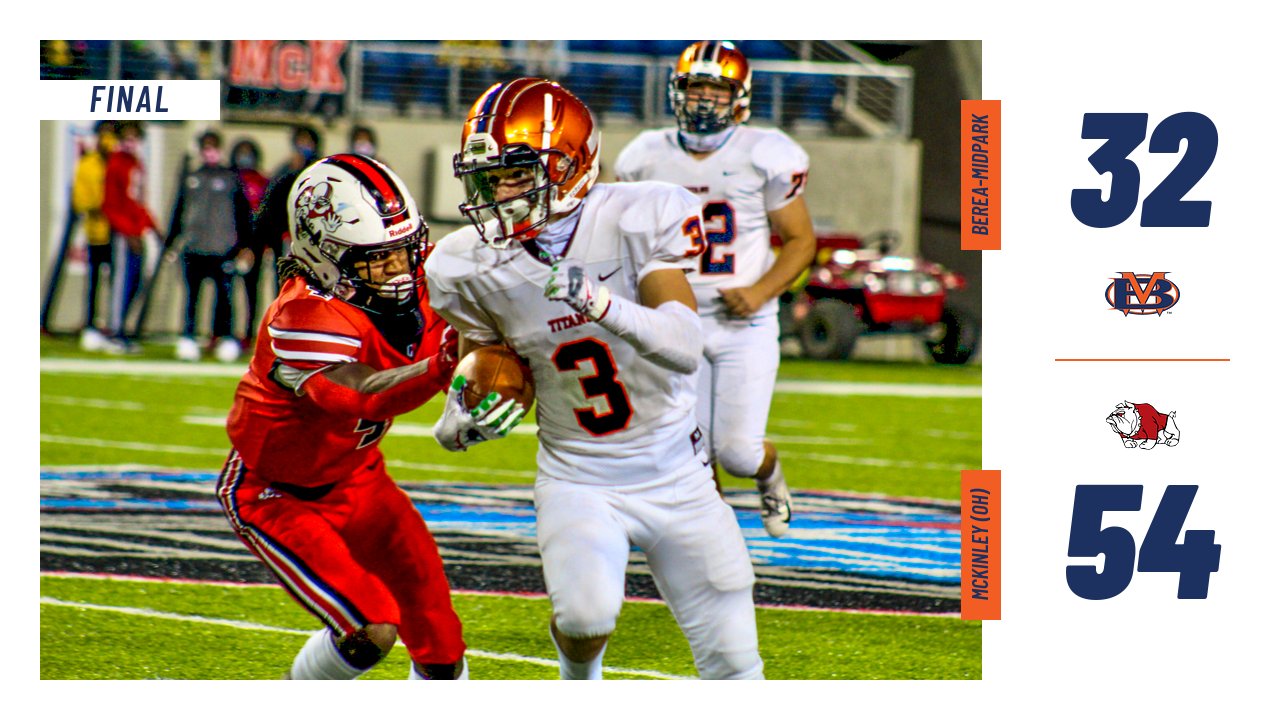 A second half surge was not enough for the Berea-Midpark football team as it fell to the Bulldogs of Canton McKinley in the opening round of the playoffs, 54-32.

McKinley would score the first 20 points of the game, through the air, on the ground, the Bulldogs showed their offensive prowess, rushing for 571 yards on the night, while finishing with 703 total yards.

The Titans were able to hold their own against the No. 3 seed Bulldogs. Wide receiver and defensive back Jack Arnold did not buckle under the bright lights. On defense, Arnold picked off Canton McKinley quarterback Elijah Wesley twice and racked up several tackles on the perimeter. The junior also paced the Titans in the aerial attack, hauling in four catches for 142 yards and two touchdowns.

Kade Swisher and Hudson Devins gave tremendous effort defensively, working sideline to sideline from their linebacker spots as they tried to slow down the rushing duo of Robert Jones and Mani Powell.

Junior quarterback Luke Devins completed 28-of-45 passes for 354 yards with four touchdowns and one interception. Devins also scored from two yards out on the ground. Junior running back Aquan Bell led the ground game as he rushed for 26 yards on six carries. Junior wide out DeAngelo Borders led the team in targets as he caught ten passes for 84 yards.

UP NEXT
The Titans will return to regular season play next Friday October 17th when they host Elyria at George Finnie Stadium. Kickoff is scheduled for 7pm.