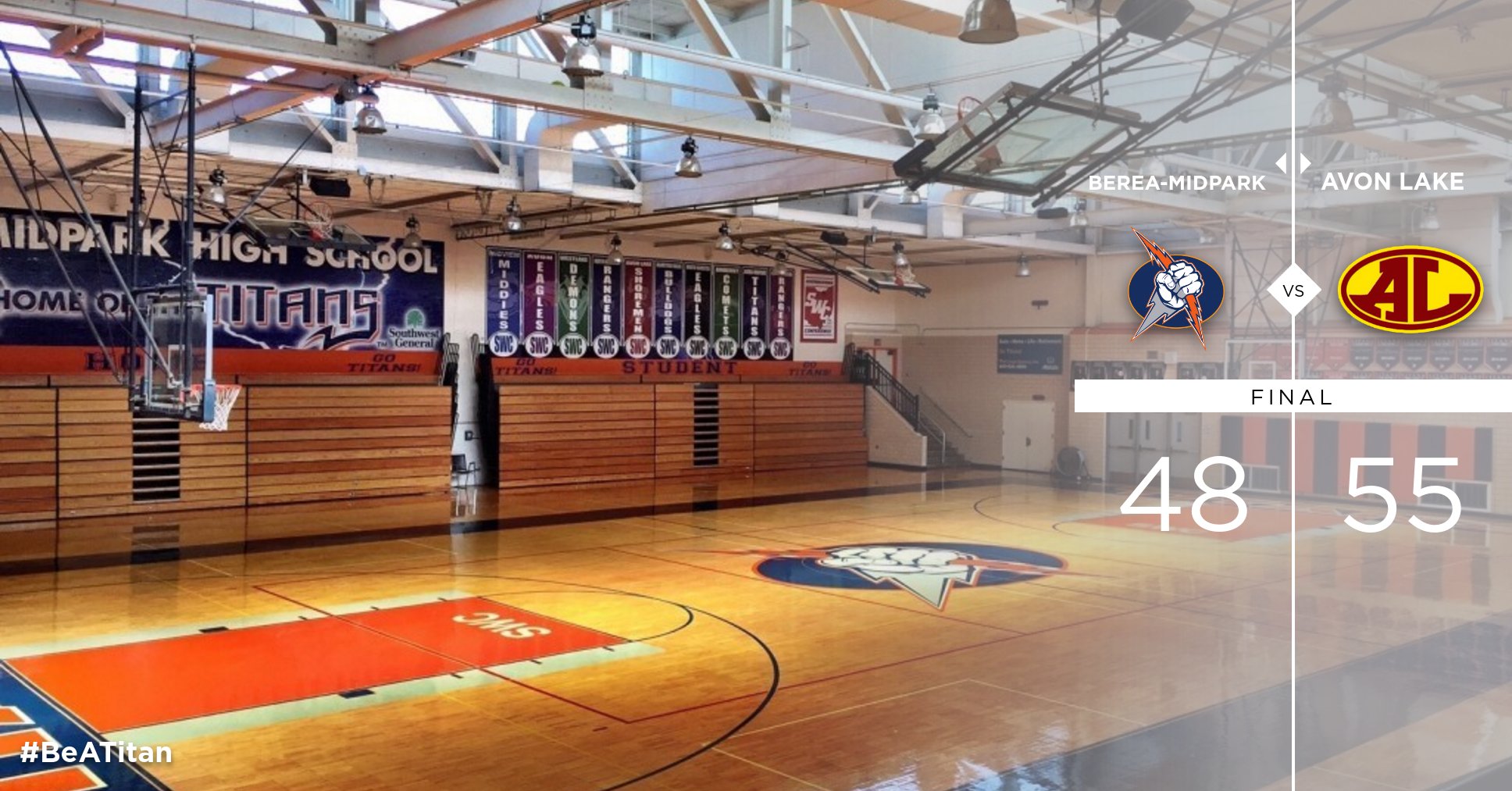 The No. 4 seed Berea-Midpark boys basketball team fell to No. 5 seed Avon Lake, 55-48, in the second round of the OHSAA Tournament Saturday night in the final game of the Bob Purdy Gymnasium. With the loss, the Titans close the season with a 14-10 record. The Shoremen, now 16-8 on the year, move on to take on No. 1 seed Lorain Wednesday at Elyria Catholic High School.

Josh Finkovich led the way for Berea-Midpark with 29 points while Alex Kvak went for 13 rebounds and six points and seniors Dominic Loychik and Jordan Cupach each scored six. Tanner Russel led the Shoremen with 12 points while Nate Murtaugh went for 10 points.