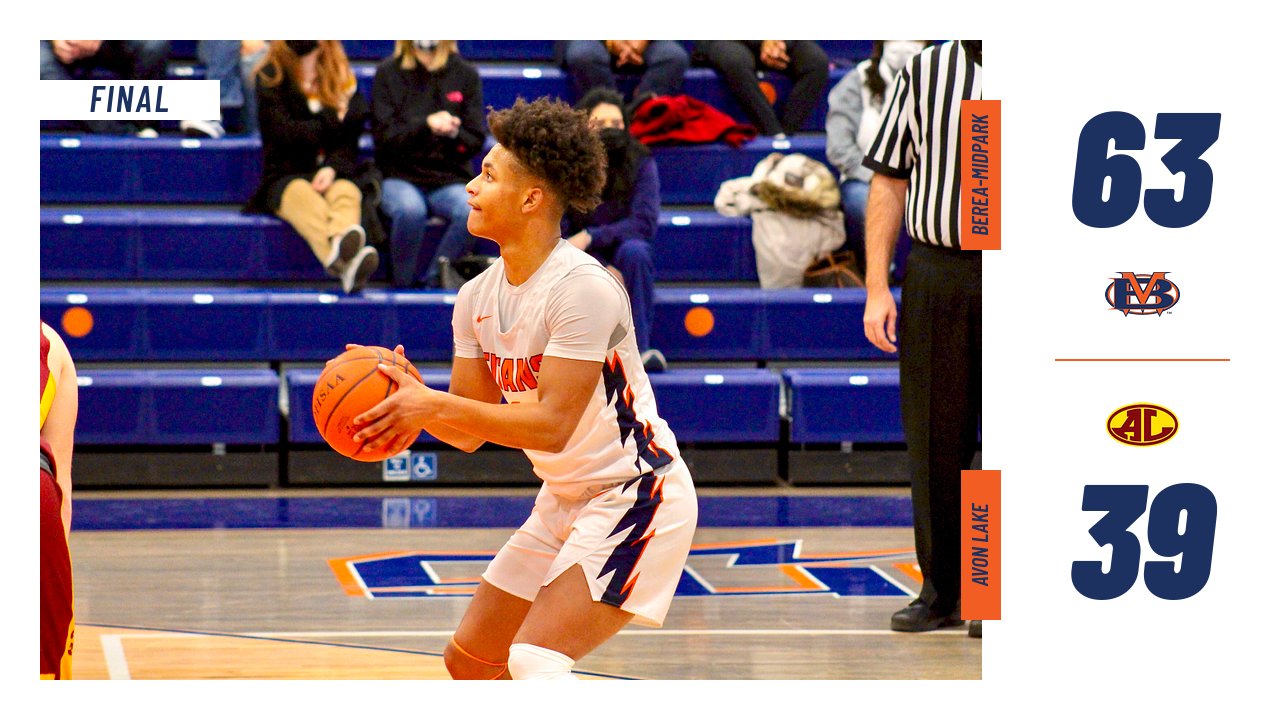 Alex Kvak led the Titans with a game-high 20 points as the Berea-Midpark boys basketball team ran past Avon Lake 63-39, Friday night. With the win, the Titans improve to 6-3 overall and 5-3 in the Southwestern Conference.

Kvak went for his seventh double-double of the season with 12 boards while Devin Johnson scored 14, Dominic Zarzycki-Hall added eight points and eight rebounds and AJ Comer chipped in with six for the Titans. Ryan York scored 10 to lead the Shoremen while Collin Stewart added nine points.

With a 25-15 lead at halftime, the Orange and Blue opened up the second half in dominating fashion. Kvak scored eight of his 20 in the 3rd quarter while Zarzycki-Hall showed his explosiveness at the rim and Ryan Kolesar hit a big three-pointer for Berea-Midpark as the Titans finished on a 19-6 run.

UP NEXT
Quick turn around for Berea-Midpark as they host Brunswick Saturday January 23rd. Freshman tip off at 4:30, JV and Varsity will follow.