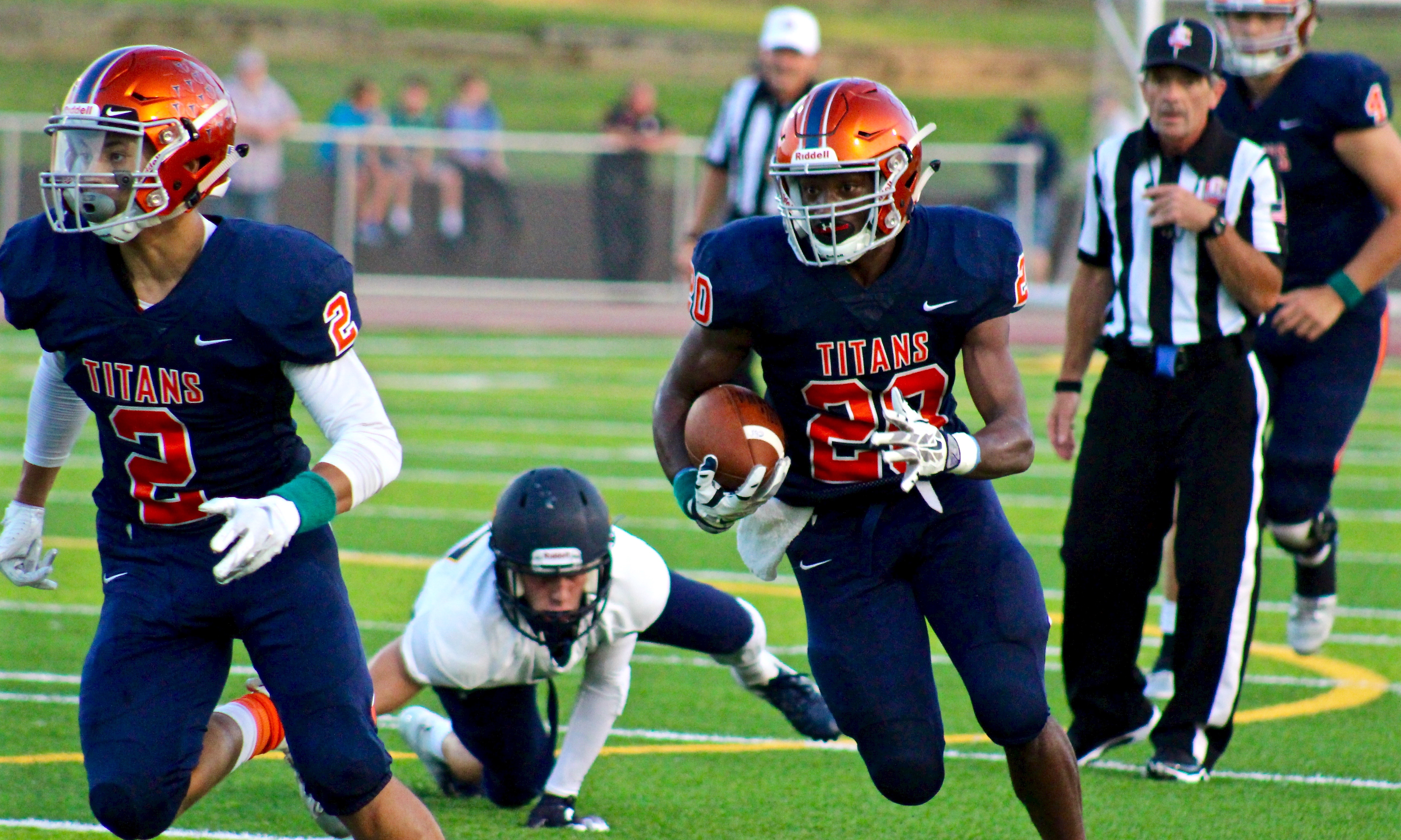 The Berea-Midpark football team continues to flash its offensive power as five different Titans scored touchdowns in the 52-27 victory over the North Ridgeville Rangers. The win moves the Orange and Blue to (3-1, 3-0) on the year.

Senior quarterback Trevor Bycznski threw for 318 yards and three touchdowns on the evening as he distributed the ball to seven different receivers. Garrett Waite hauled in eight receptions for 91 yards and a score while receivers Dwayne Holland and Jon Lyons also found the end-zone through the air.

Berea-Midpark seemed eager to start the game by pounding the ball on the ground behind its offensive line. Jabriel Williams was the benefactor of the early game plan, rushing for three first quarter touchdowns on his way to 94 rushing yards on the night. Senior Bryce Agnew ran for 64 yards and a score of his own in the second quarter.

Place kicker Nick Ruggiero connected on his two field goal attempts, including a late kick from 38 yards to cap the evening. The senior remains perfect on the young season

Aiding the offense was the Berea-Midpark defense who forced 4 Rangers turnovers on the night, giving the Titans 14 takeaways on the season. Junior safety Chase Ivancic continues to be a ball hawk on the back end of the defense, intercepting North Ridgeville’s Matt Steinmetz three times in the victory. Omar Siggers also stalled a Ranger’s drive with an interception of his own near the goal line.

UP NEXT
After enjoying a three game home stand, the Titans will hit the road on Friday September 21st as they travel to Amherst to battle the Comets. Kickoff is set for 7 pm.