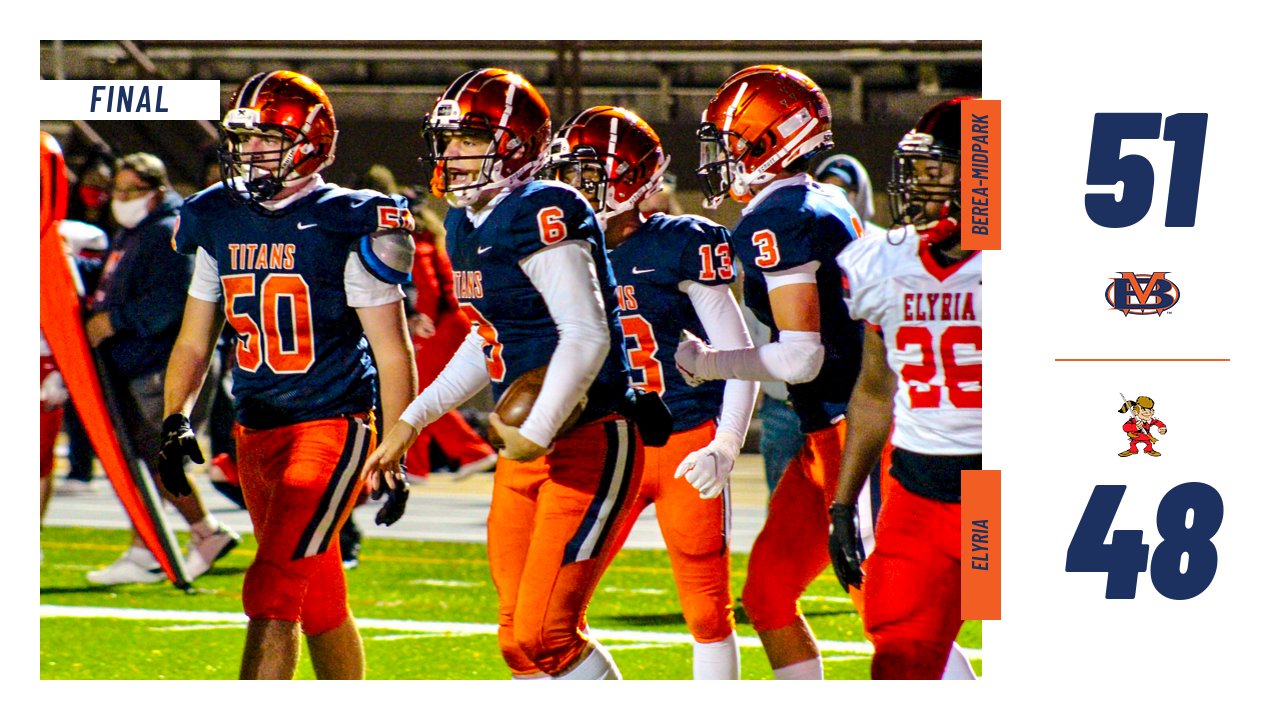 Cameron Cupach intercepted Elryia’s Daylan Sharlow with less than a minute remaining to seal the victory as Berea-Midpark wiped out a 15-point deficit in the final seven minutes to beat Elyria 51-48 on Friday night in a crazy scorefest.

Luke Devins threw six touchdown passes for the Titans (3-5, 2-3), including a 18-yarder to Devin Johnson with 1:09 left in the fourth to take a three point lead. Devins passed for 416 yards and ran for a score.

Jack Arnold had another stellar game, leading the air attack with five catches for 138 yards and two scores. The junior also had a key interception in the fourth quarter which gave the Orange and Blue one last chance to take the lead with two minutes to go and trailing by three.

All four starting wide outs contributed in big ways and each of them found the endzone. DeAngelo Borders led the team with receptions (8 for 131 yards and a TD), Cupach scored with 4:51 remaining to kick start the comeback and Devin Johnson found the endzone twice in the final four minutes to give the Titans the lead.

Aquan Bell ran hard for 65 yards on 10 carries while also catching four passes out of the back field for 41 yards. The defense struggled at times to bring down Elyria Running Back Jaheim Atkinson (29 rushes for 255 yards, 3 TDs) but did a great job stopping the Pioneers in the passing game, holding Sharlow to a 37% completion percentage and intercepting him twice.

UP NEXT
The Titans will travel to Solon on Friday October 23rd to battle the Comets. Kickoff is scheduled for 7pm.