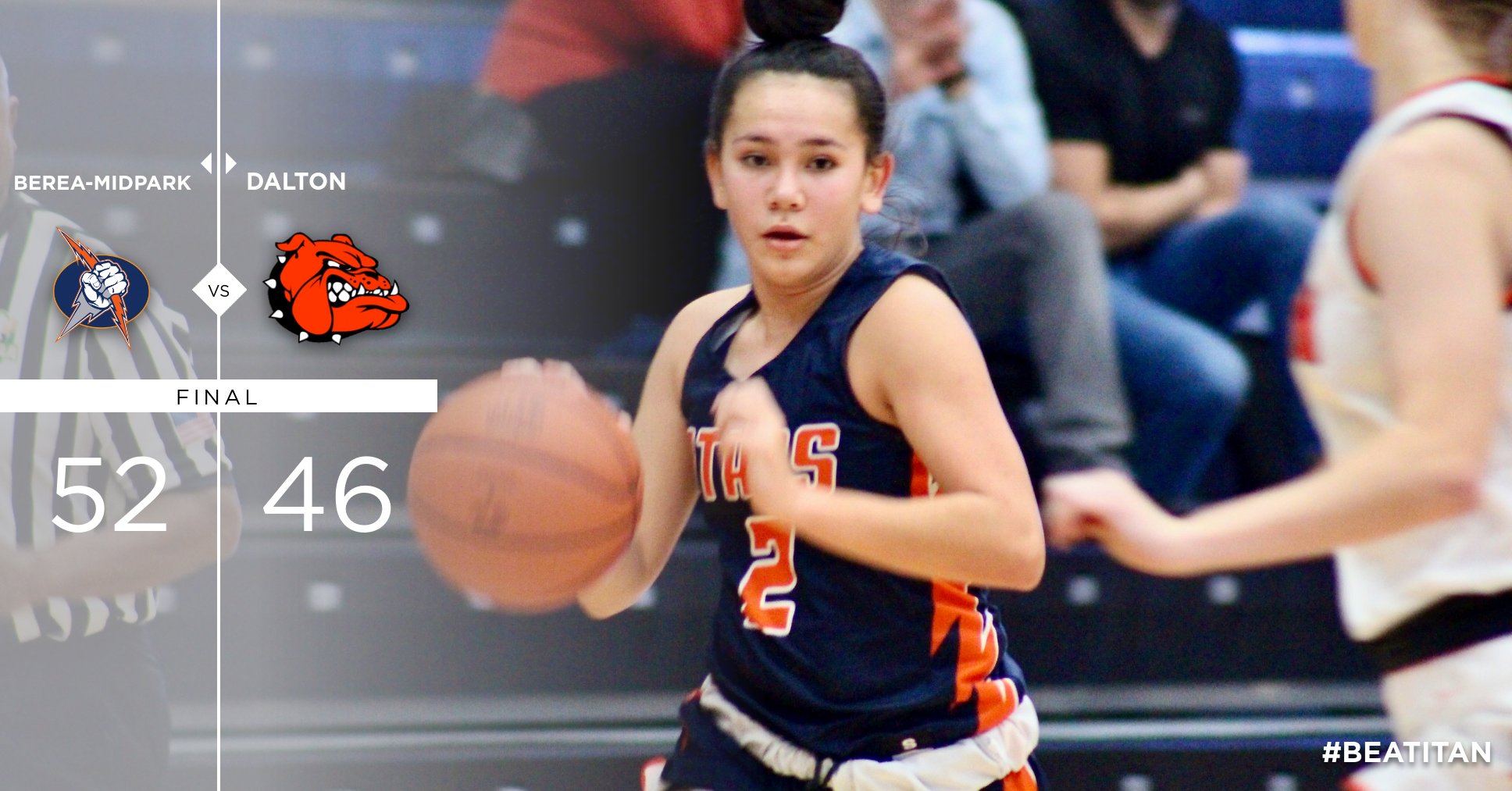 Berea-Midpark opened the much anticipated 2019-20 season with an aggressive effort in a 52-46 victory over Dalton in the opening night of the Bulldog Battle Showcase at Canton Memorial Field House on Friday night.

The Titans out-muscled the Bulldogs on the boards 42-28 and forced 16 turnovers.

After a sluggish start to the opening quarter, Berea-midpark finished on a 6-3 run thanks to a pair of triples converted by Yee. Moody stepped up in the second quarter, knocking down eight of her 12 points, helping the Titans outscore Dalton in the quarter 17-8.

The Bulldogs would not back down however, as Makenna Geiser kept Dalton within striking distance, scoring 13 of her 16 points in the second half. Berea-Midpark’s speed and aggressiveness prevailed in the final minutes of the game, forcing ten second half turnovers to lock up their first victory of the season.

UP NEXT
Berea-Midpark will return to the Canton Memorial Field House Saturday November 23rd for the second night of the Bulldog Battle Showcase. They will square off with Kenston. Tip is set for 5:00 pm.