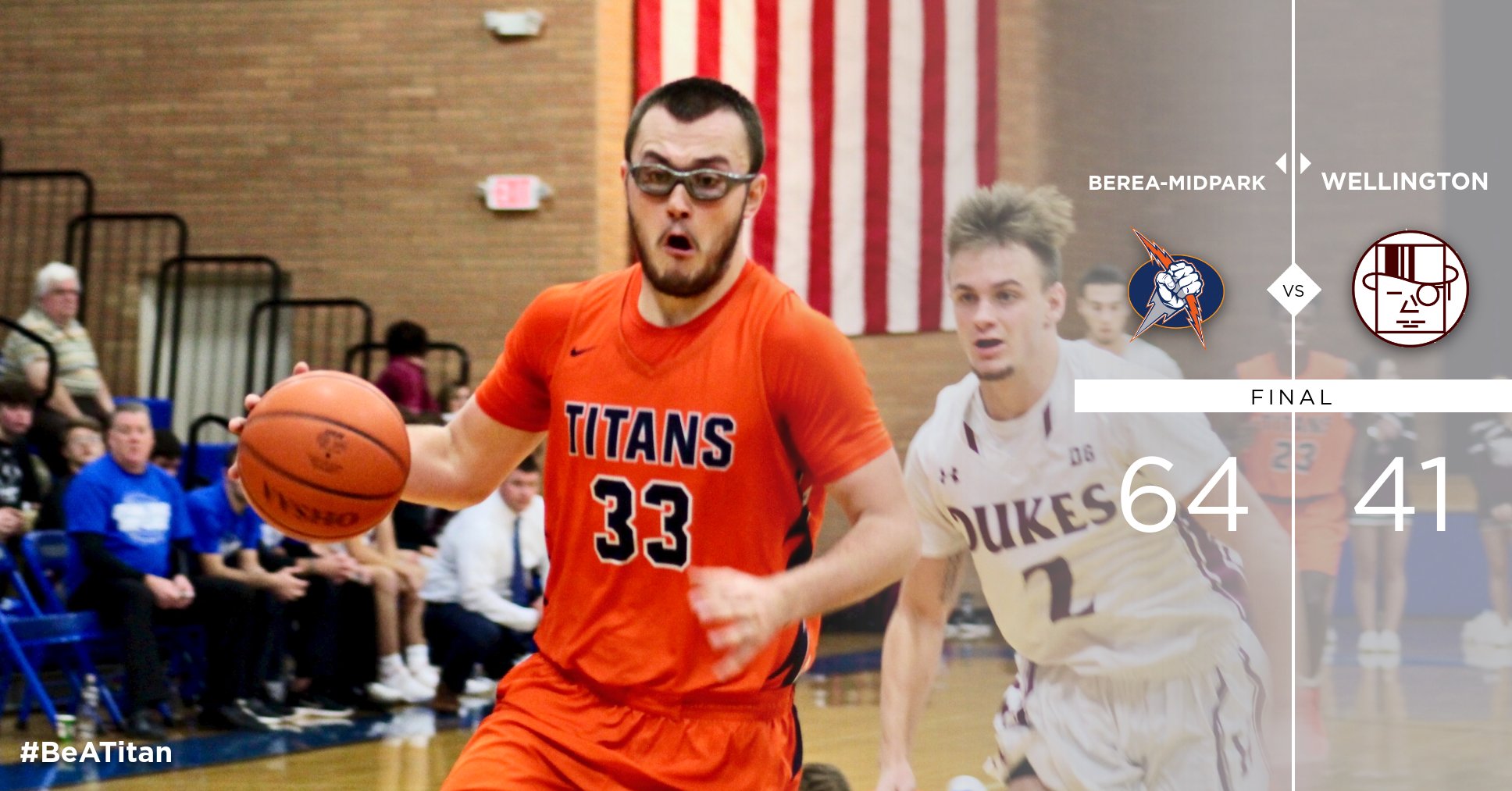 The Berea-Midpark boys basketball team opened its 2019-20 season with a 64-41 victory over Wellington Wednesday afternoon at the DiFranco Memorial Basketball Tournament hosted by Midview High School.

First game jitters were evident by each team in the opening moments of the contest, but the Titans quickly controlled the pace to their liking. Coach Barther ramped up the pressure defensively as the Titans were all over the floor, holding Wellington to only five first quarter points. Working against the zone defense of the Dukes, Berea-Midpark was able to find the open spots on the floor and could convert early with Jordan Cupach leading the Orange and Blue with five points in the first quarter.

More of the same in the second quarter as the Titans continued to penetrate the Duke’s zone defense and dish to the perimeter for open looks. Josh Finkovich excelled finding the weak spots of the defense, dishing out eight assists to his teammates to go along with his nine points.

A second half surge helped the Titans in the third and fourth quarter. Finkovich found his stroke again, hitting twice from behind the arc while Kvak scored 10 of his 15 in the third frame. The defense stepped up as well in the third quarter, holding the Dukes to ten points and forcing several of Wellington’s 13 turnovers.

UP NEXT
The Titans have nine days to prepare for their Southwestern Conference opener with rival Olmsted Falls on Friday December 6th. Freshmen begin at 4:30, JV at 5:45 and Varsity will tip at 7:00 pm at Olmsted Falls High School.