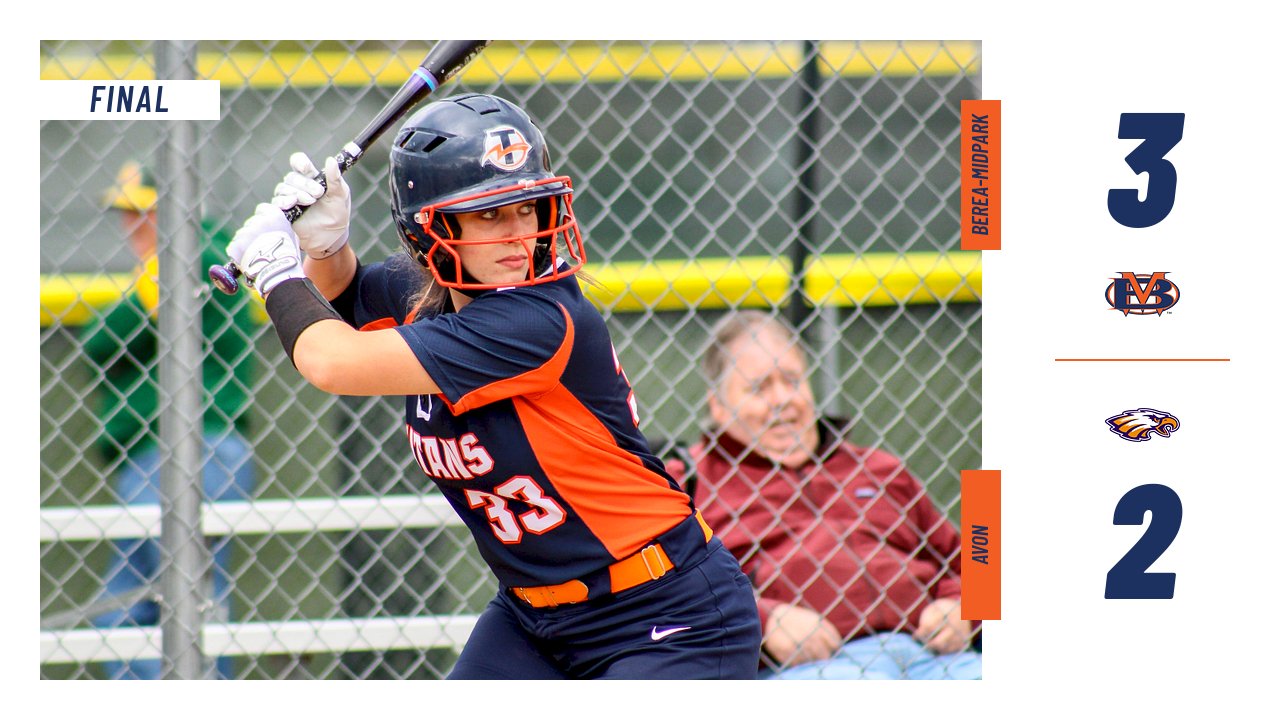 The Berea-Midpark softball team (7-10) are winners of five of their last six games after a 3-2 victory over Avon on Wednesday afternoon at the Roehm Athletic Complex.

In a game where hits were tough to come by, it was the Berea-Midpark defense that impressed. Senior third basemen Sam Birch had seven defensive assists and three putouts from the hot corner while Sylvia Bordelois and Sam Smearman were able to pick off Amanda Demerle to end Avon’s scoring run in the fifth.

In the circle, Alicia Ortiz scattered five hits over her seven innings of work, only allowing six base runners on the afternoon.

Birch put Berea-Midpark on the board, 1-0, in the bottom of the first. Sam Peterkoski reached on a fielding error and Ortiz singled to left field before Birch hit a one hopper to the left field wall to score Peterkoski.

Avon’s Jessie Dean walked Ortiz and Birch to open the bottom of the third inning. Kylie Handa would courtesy run for Ortiz and score on a single by Bordelois to left field. With the bases loaded, Bordelois would score when Olivia Fayne drew a 3-1 walk.

After giving up two runs in the fifth inning, Ortiz and the defense settled in, getting seven of the next eight batters out.

UP NEXT
Berea-Midpark will welcome Westlake to the Roehm Athletic Complex on Thursday April 29th. First pitch is scheduled for 4:45 p.m.