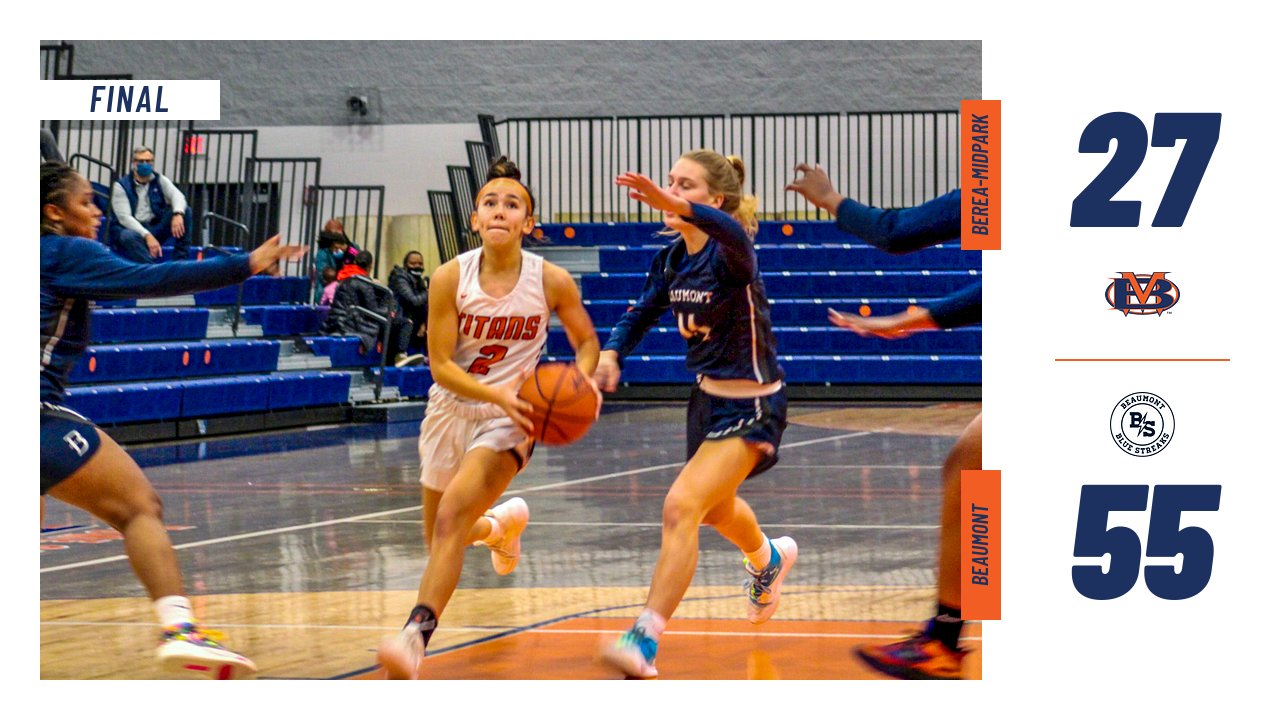 Things didn’t go quite as planned as Beaumont raced out of the gate to a 21-11 lead and led throughout in a 55-27 win over Berea-Midpark on Monday night.

There were a couple of bright spots for the Titans (5-4, 4-2) however, as sophomore Lauren Yee scored nine points and was a pest on defense, often attached to the hip of several Blue Streak guards.

Jenna Bycnski also scored nine points on the night. While Berea-Midpark’s center struggled to convert at the rim at times against Beaumont’s defense, she was five of eight from the charity stripe.

UP NEXT
The Titans have two more home games scheduled this week. Berea-Midpark will host Midview on Wednesday January 13th. JV is scheduled to begin at 5:45 and Varsity will follow.