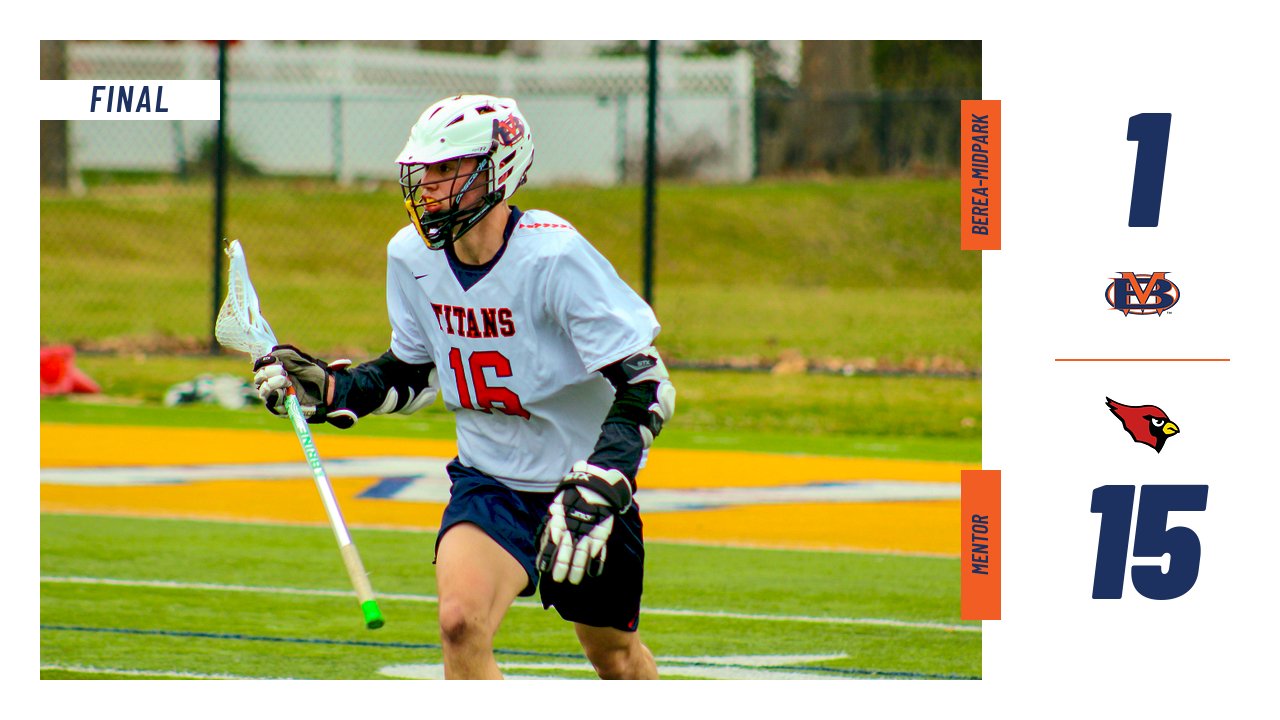 The Berea-Midpark lacrosse team fell on the road at Mentor, 15-1, Thursday evening. The Titans will be back in action on April 7th when they travel to Holy Name. The teams will meet at 5:30 p.m. Wednesday.

Despite the weather mother nature brought to the first day of April, Mentor was able to control the game offensively. Cole Powell earned his first goal of the season after weaving through the Cardinals’ defense and placed a shot past Mentor’s goalie.

UP NEXT
Titans will travel to Holy Name on April 7th. Action begins at 5:30 p.m.