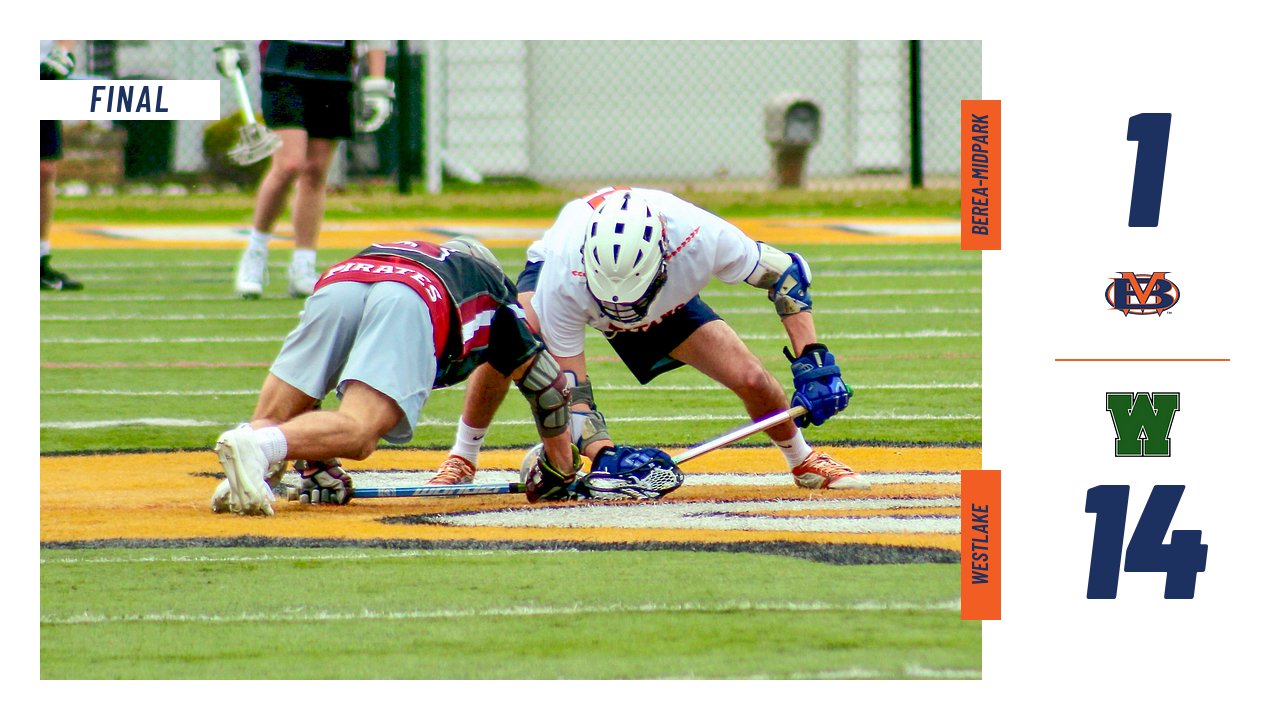 Westlake pulled away for a 14-1 victory over Berea-Midpark on a beautiful spring Tuesday evening at Westlake High School.

Berea-Midpark’s day was highlighted by a several individual accomplishments: Junior Quinn McLaren scored the Titans’ lone goal in the game and his first of the season.

Dom Senoyuit had a great offensive game despite not scoring. The senior midfielder had several shots that got passed the Westlake goal keeper but bounced off the posts. The Titans also got strong play defensively from B Leng, stepping up and playing his first game of the season as a defenseman.

UP NEXT
The Titans will return to the road on April 1st when they travel to Mentor to take on the Cardinals. Action begins at 7 p.m.