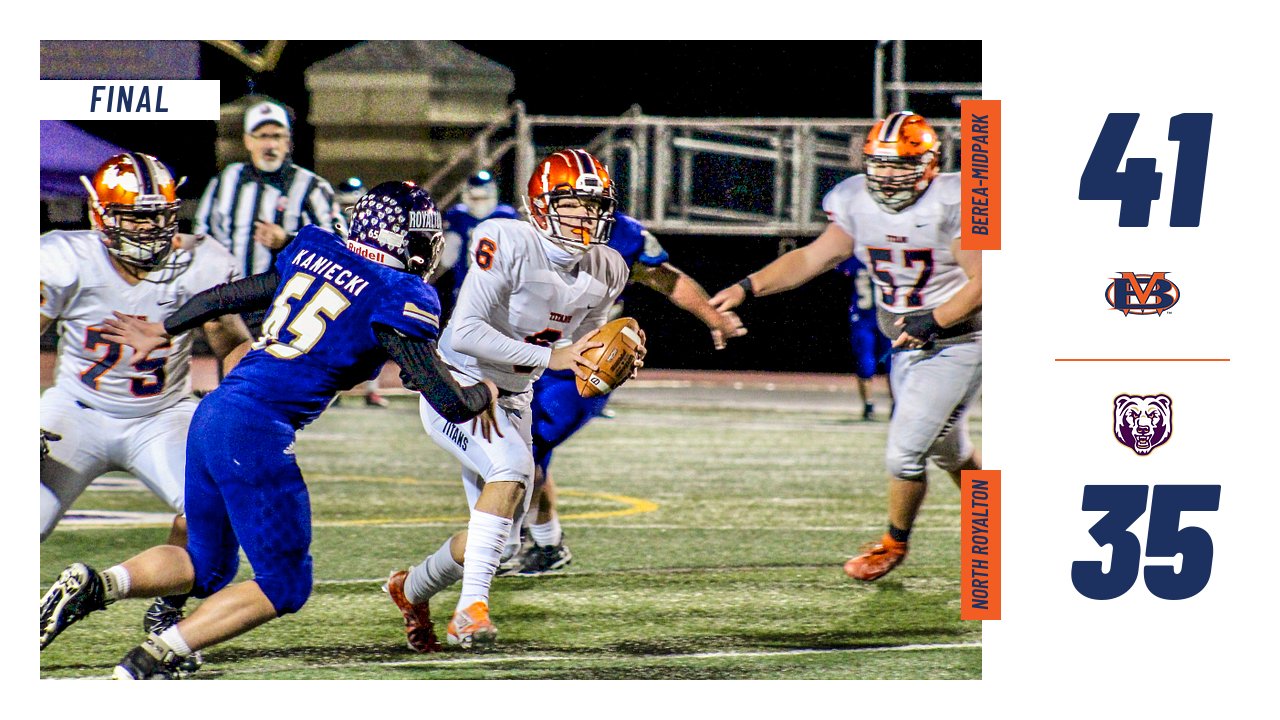 The receiving corps was led once again by junior Jack Arnold. Arnold caught eight passes for 157 yards and three touchdowns. It was the third 100-yard receiving game of Arnold’s season. Devin Johnson caught five for 86 yards and a score.

The Orange and Blue defense put pressure on North Royalton’s passing game in key situations, holding the Bears’ Mike Piazza to 11 of 25 passing (44%) for only 160 yards on the night.

Berea-Midpark finished the 2020 season with a final record of 4-6.