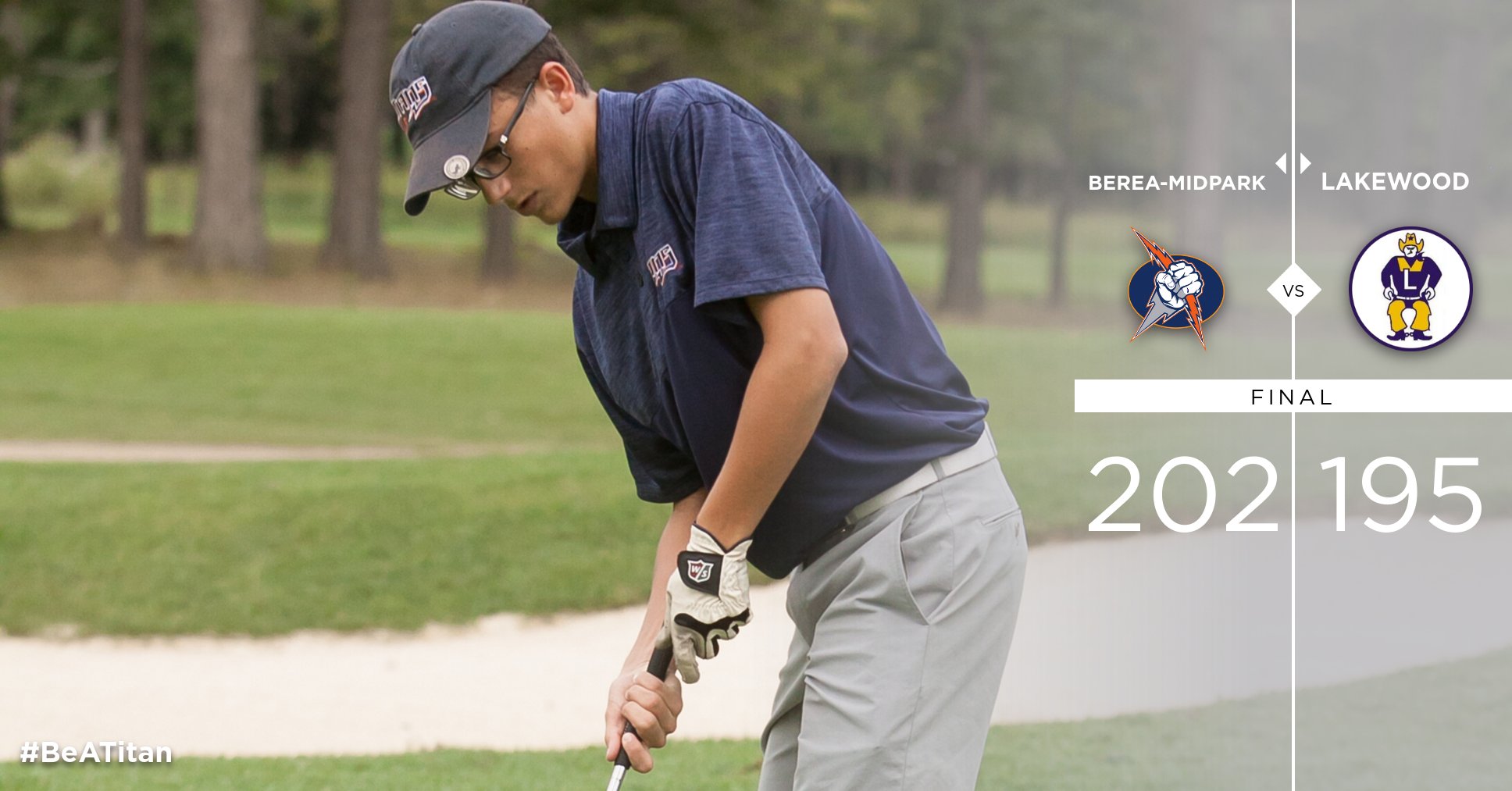 Berea-Midpark’s boys golf team dropped its match against Lakewood by only 7 strokes on Thursday, coming close to a home victory over the Rangers.

Logan Cook led the Orange and Blue with his 48 on the back nine at Seneca Golf Course. Arin Butscher was the next Titan scorer with his 50. Charles Hericks of Lakewood was the low scorer on the afternoon with his 46.