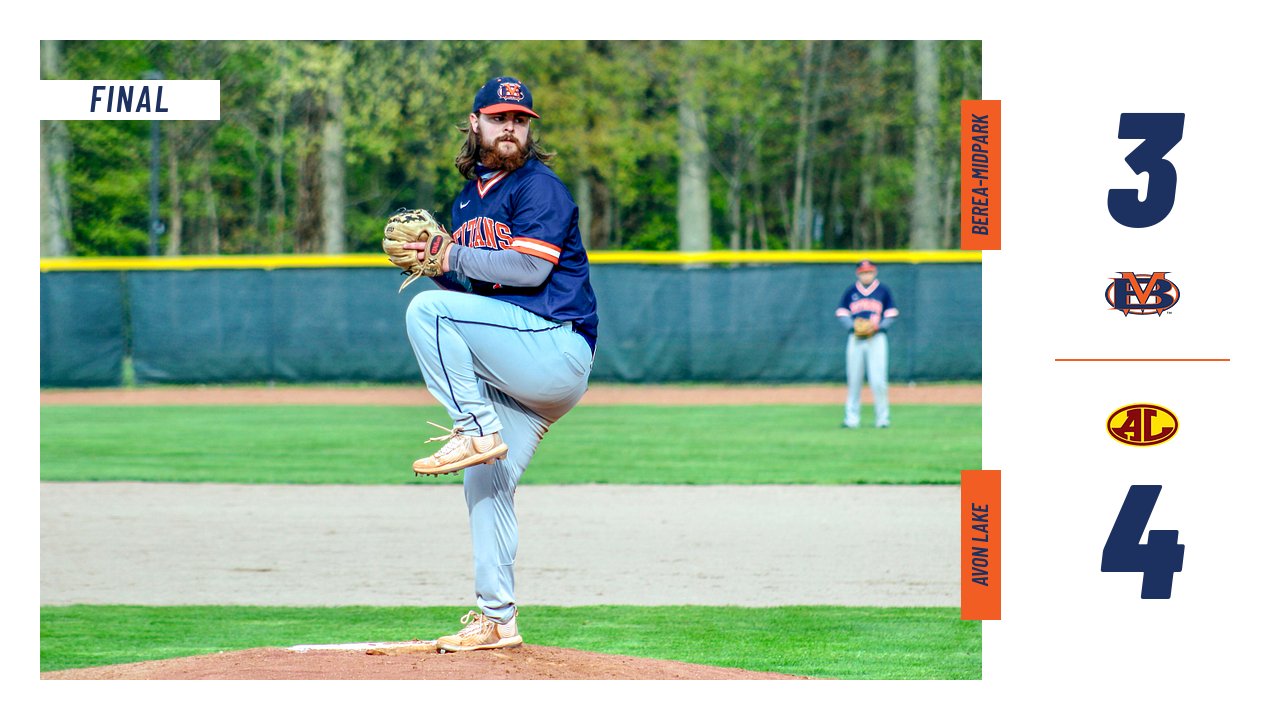 The Berea-Midpark baseball team suffered a 4-3 loss vs. Avon Lake Monday evening on the shores of Lake Erie. With the defeat, the Titans fall to 10-6 overall and 8-2 in the SWC, while the Shoremen take sole possession of first place at 9-1. Senior pitcher Kade Swisher went 2-for-2 with a double and two RBI, while senior third baseman Mason Decker was 2-for-3 with a run batted in.

Despite three errors on the afternoon, the Titans defense did turn a triple play in the second inning to get Swisher out of an early jam. With two on and nobody out, the Shoremen looked to be aggressive, putting both Perry Miller and DJ Phillips in motion with a double steal while Cullen Reutter squared up to bunt. Luckily for the Titans, the bunt popped into the air and found the glove of Brady Compton, who fired to first where Josh Kincaid was covering the bag and on to Alex Stegman at second base for the 3-4-6 triple play.

The Titans opened the scoring in the third inning when Decker singled to left field off Avon Lake pitcher Kevin McKinley with the bases loaded, scoring Billy Campbell. Swisher would drive a double to right field, scoring Giano Zuccaro and Stegman, giving the Titans the 3-0 lead. The Shoremen would respond in the bottom of the third with three of their own and the game winning run in the bottom of the fourth.

Swisher scattered six hits in his six innings of work, only giving up one earned run in 70 pitches, striking out four.

UP NEXT
The Titans return home Wednesday April 28th to face Avon. First pitch is scheduled for 4:45 p.m.