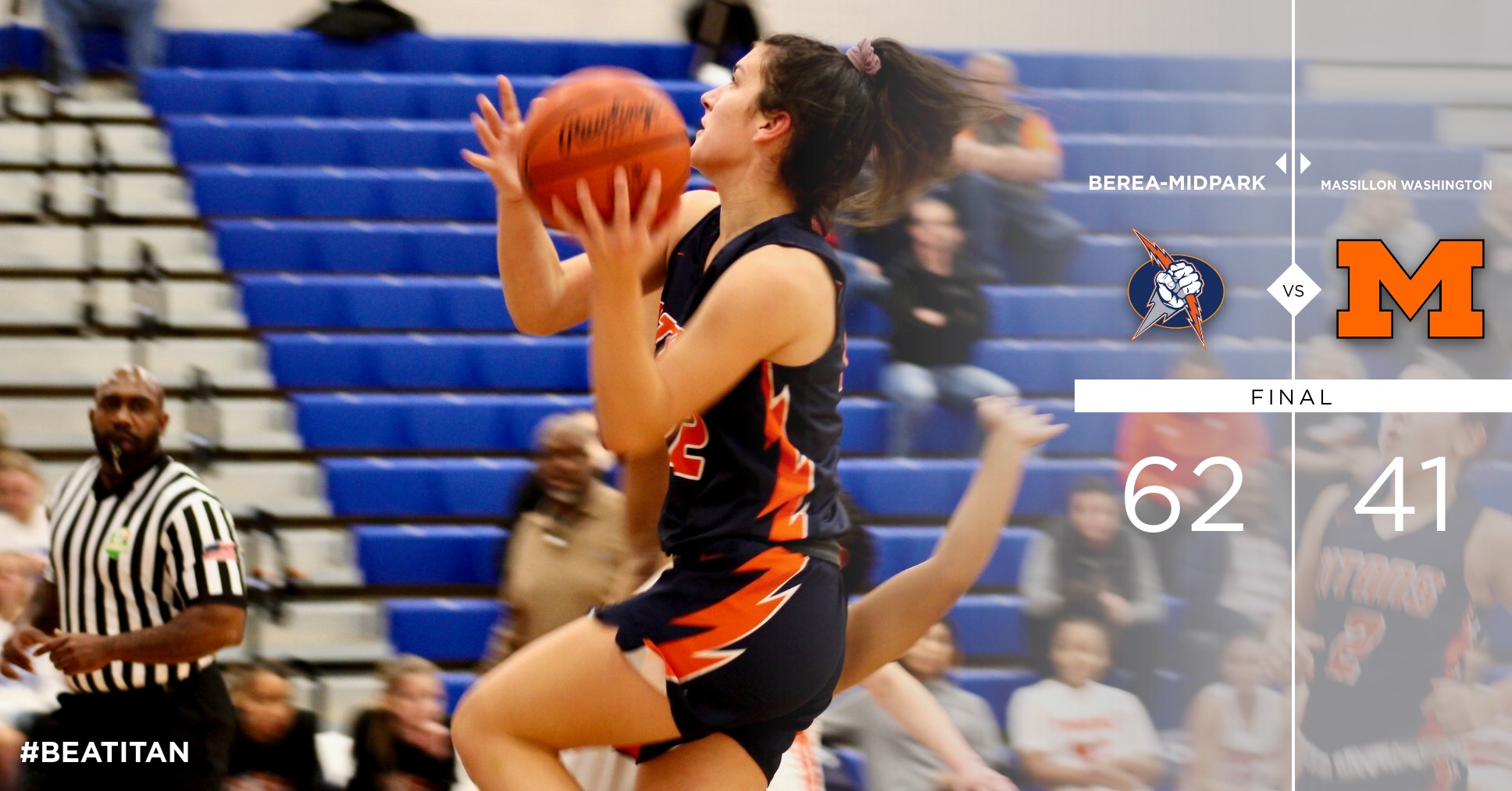 Berea-Midpark picked up its second road victory of the season, knocking off Massillon Washington Saturday afternoon 62-41 at the Chippewas Lady Chips Thanksgiving Tournament.

The Titans (2-1) controlled the game the final three quarters, outscoring the Tigers by 20, after a back and forth first quarter.

Junior guard Athena Sevastos had one of the best games of her career with 20 points in the victory. Fellow junior Tori Siggers stepped up big defensively, forcing several turnovers and attacking the rim on the offensive end with her seven points.

The freshmen Talyssa Moody and Lauren Yee continued their steady play at the beginning of the 2019 season. Moody scored a season high 16 points, including nine from beyond the arc. Yee has been the primary ball handler for the Orange and Blue in the first three games. She finished the afternoon with ten points.

UP NEXT
The Titans will open Southwestern Conference play on Wednesday December 4th when they travel to North Olmsted to battle the Eagles. JV will play at 5:45 and Varsity will follow at 7:00 pm.