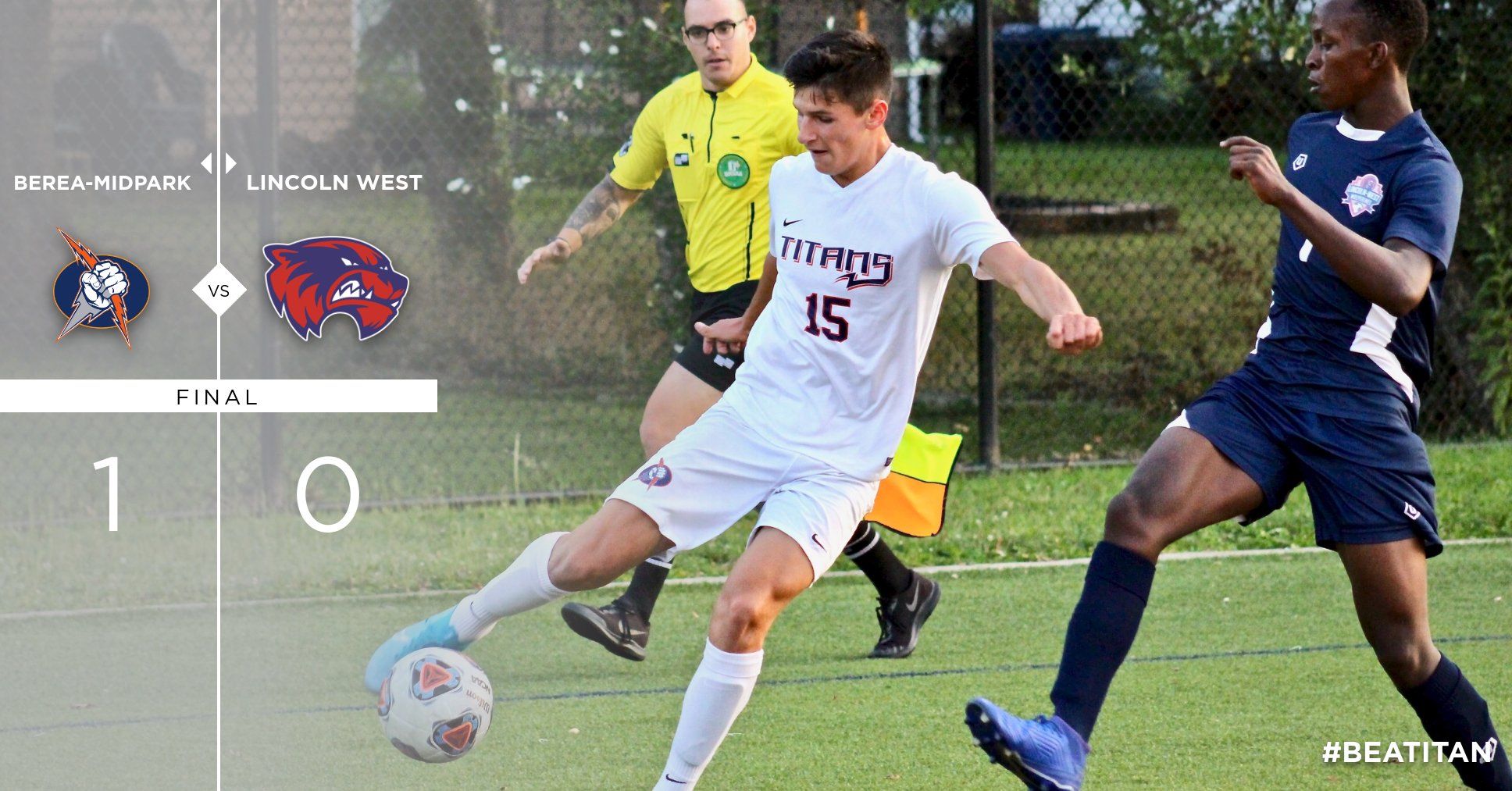 The Titans boys soccer team hosted Lincoln West on Monday night at the Roehm Athletic Complex. The Titans were looking to start a busy week of matches with a much needed victory in front of the home crowd.

The match began with opportunities from both sides as each team looked to take advantage of early mistakes. The Titans would have the first quality look when junior midfielder A. Ruggiero found a 1v1 shot opportunity with the Lincoln West goalkeeper pushed wide. The Titans defense would prove up to the task throughout the 1st half to maintain a 0-0 score going into halftime.

The second half would see Lincoln West continously testing the ability of the Titans defense. Each time the Titans would find a way to eliminate the threat and keep the Wolverines out of goal.

The Titans would break through late in the second half in the 70′ minute when senior midfielder J. Reinerth would play a ball to junior forward J. Matese’s feet heading to goal. Matese would hold off two Lincoln West defenders and slot the ball past the keeper with his left foot.

The Titans would need some key saves in the last 10 minutes of the match by senior goalkeeper Z. Zeleznik to preserve the 1-0 victory and second shut out of the season for the Titans.

Next Up: The Titans travel out to North Ridgeville to take on the Rangers this Wednesday evening. JV: 5pm, Varsity: 7pm