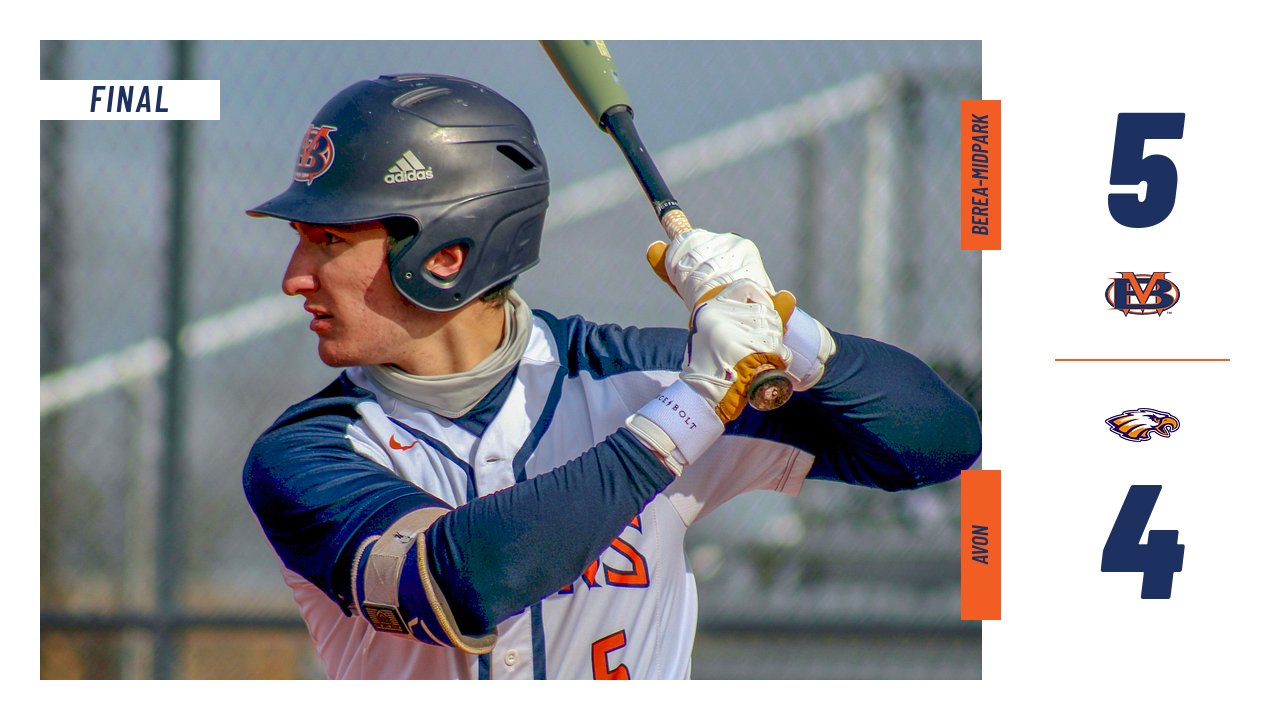 Berea-Midpark pitchers struck out 14 Eagle hitters and the Titans bounced back with a 5-4 victory over Avon Wednesday afternoon at Kennedy Field.

Brady Compton got the starting nod for the Titans, going five innings and delivering 10 strike outs. The senior scattered four hits, walked four and only gave up one run in the outing. Berea-Midpark’s bullpen worked their way through the final two innings, with Billy Campbell earning the save.

At the plate, the Titans banged out five hits, led by center fielder Giano Zuccaro and catcher Kade Swisher who each had a triple and a single on the afternoon, combining to drive in three runs.

UP NEXT
Berea-Midpark and Westlake will square off at Kennedy Field Thursday April 29th. First pitch is set for 4:45 p.m.