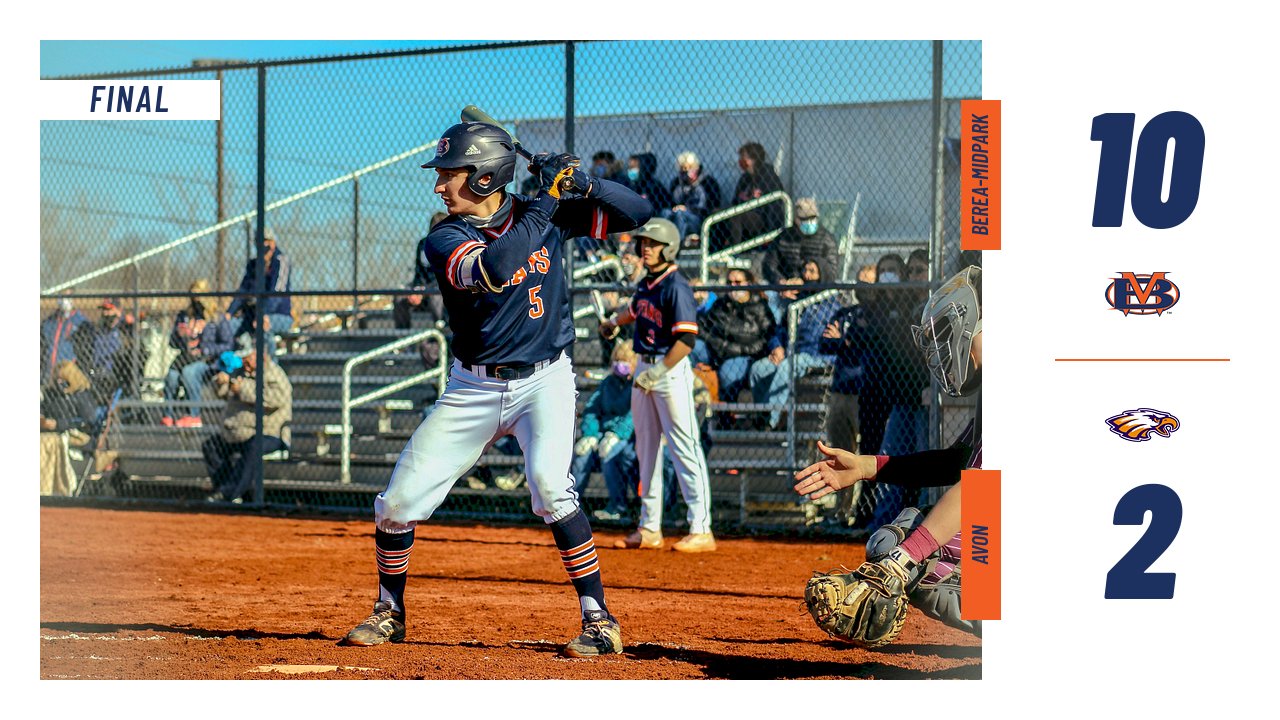 Senior Kade Swisher had his best start of the young season, striking out six over six and a third innings and the Berea-Midpark hitters had four extra base hits in a 10-2 win in the vs. Avon Wednesday night.

Swisher was dominant in those six plus innings, allowing just five hits with one walk, both runs by Avon unearned. The six strikeouts were a season high. He was facing Avon’s Andrew Siler, but the Berea-Midpark (4-1) bats knocked him out after just four innings.

Seniors Giano Zuccaro, Alex Stegman and Mason Decker each had extra base hits in the game. Zuccaro with a double and a triple, knocking in four runs. In all, Berea-Midpark had seven players with two hits or more on the night.

UP NEXT
Berea-Midpark will travel to Westlake on Thursday April 8th for a showdown with the Demons. First pitch is scheduled for 4:45 p.m.