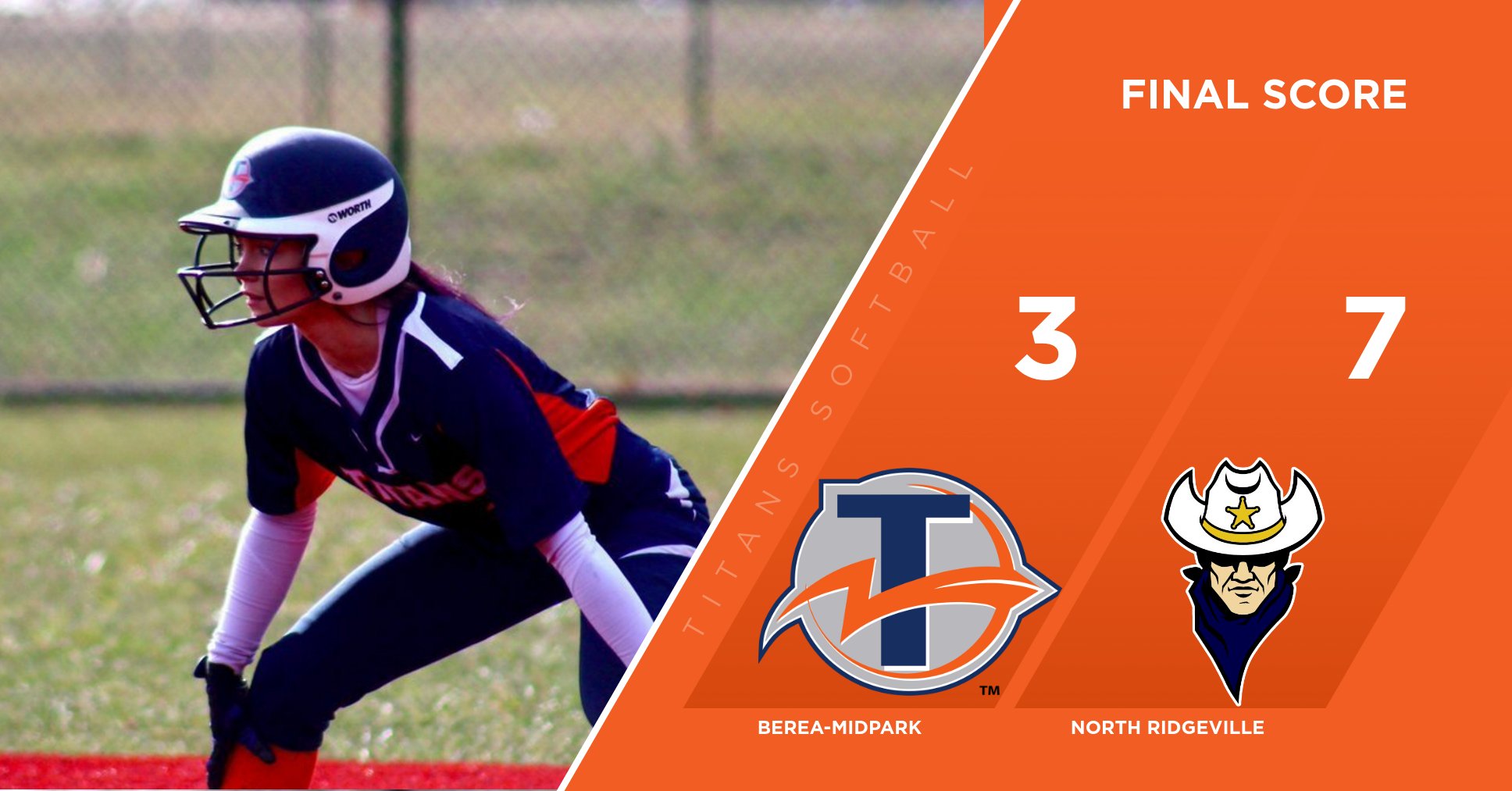 Key doubles by North Ridgeville’s Rachel Mease and Anna Lengel powered the Rangers to a hard-fought 7-3 victory over Berea-Midpark (8-9, 5-8 SWC).

The Titans mustered seven hits on the afternoon, but the offensive rally unfortunately started a little too late. Bridie Bricker continued her hot hitting, producing a double, a triple and three RBI off North Ridgeville’s Katie Barnhart, while senior Mikhayla Hale also had luck against the freshman ace with her double and single.

Sienna Apel toed the rubber for the the Orange and Blue. The junior threw 88 pitches in four innings of work, striking out four and only giving up three earned runs before handing the ball to Morgan Clark to finish the final two innings of play.

UP NEXT
The Titans will return to the RAC to host Amherst on Thursday April 25th. First pitch is set for 4:30 pm.