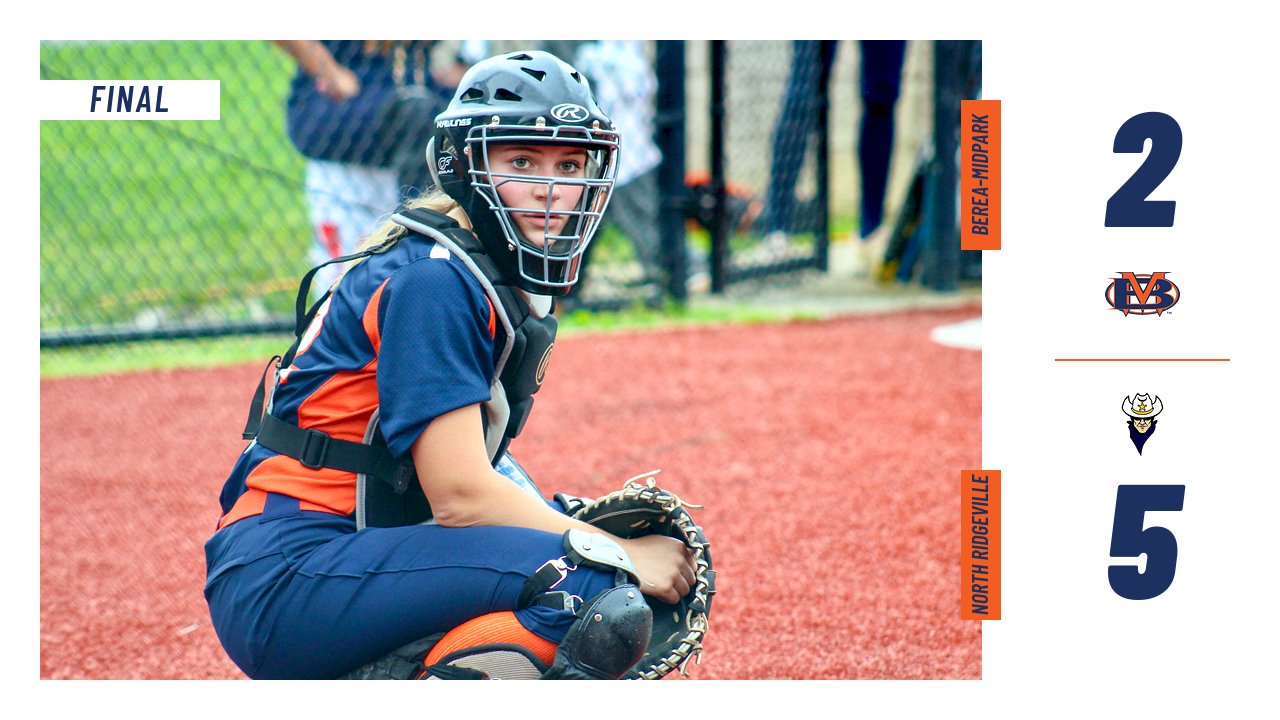 Timely hitting by North Ridgeville powered the Rangers to a hard-fought 5-2 victory over Berea-Midpark on Monday in front of a solid crowd on a gloomy misty day at North Ridgeville High School.

The Titans took advantage of miscues by the Rangers in the first inning to jump out to a 2-0 lead. After working her way back from being down 0-2, Sam Peterkoski drew a walk and ended up on third after two consecutive wild pitches by Autumn Behlke. She would score two pitches later on a fielders choice off the bat of Sam Smearman.

After a first pitch single by Alicia Ortiz, Sam Birch drove a line drive double to center field, scoring Kylie Handa who was pinch running for Ortiz. The Rangers would answer right back in the bottom of the inning, with the Titans defense a little wild themselves. Errors allowed two runs to score and square the game up at two runs a piece.

The Rangers would score again in the bottom of the second before both defenses settled in. Ortiz earned the start for the Orange and Blue. The sophomore hurler went six innings, surrendering only six hits, walking four in the loss. Hits were hard to come by against Behlke, with Ortiz (2), Birch and Jenna Zaremba recording the only hits for the Titans.

UP NEXT
Berea-Midpark and Westlake will make up last week’s rained out contest Tuesday May 4th at the RAC. First pitch is scheduled for 4:45 p.m.