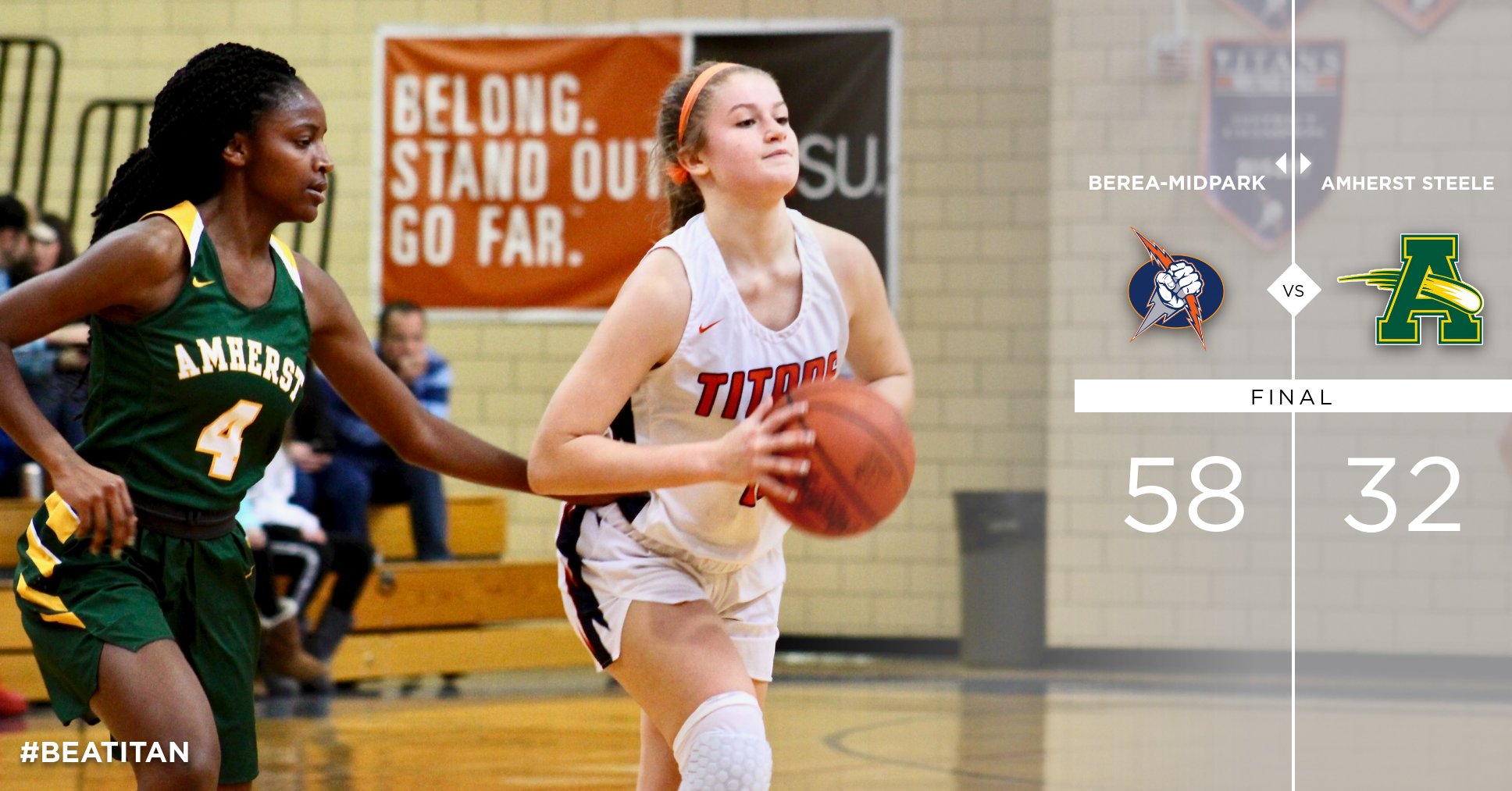 Sydney Lantow scored a game-high 15 points to lead Berea-Midpark to its third win in a row with a 58-32 victory over Amherst Steele on Saturday. With the win, the Titans improve to 10-11 on the season and 7-10 in Southwestern Conference play.

Athena Sevastos finished with eight points and fellow junior Tori Siggers added six points. Guards Lauren Yee scored eight points, all in the first half, while Lindsey Seballos and Bridie Bricker chipped-in with five points each. In all, ten Titans contributed to the scoring on the afternoon.

UP NEXT
Berea-Midpark will finish the regular season Wednesday February 12th when they host Lakewood for Senior Night. JV will tip at 5:45. Senior Night festivities will take place directly after the JV game and the Varsity game will follow.