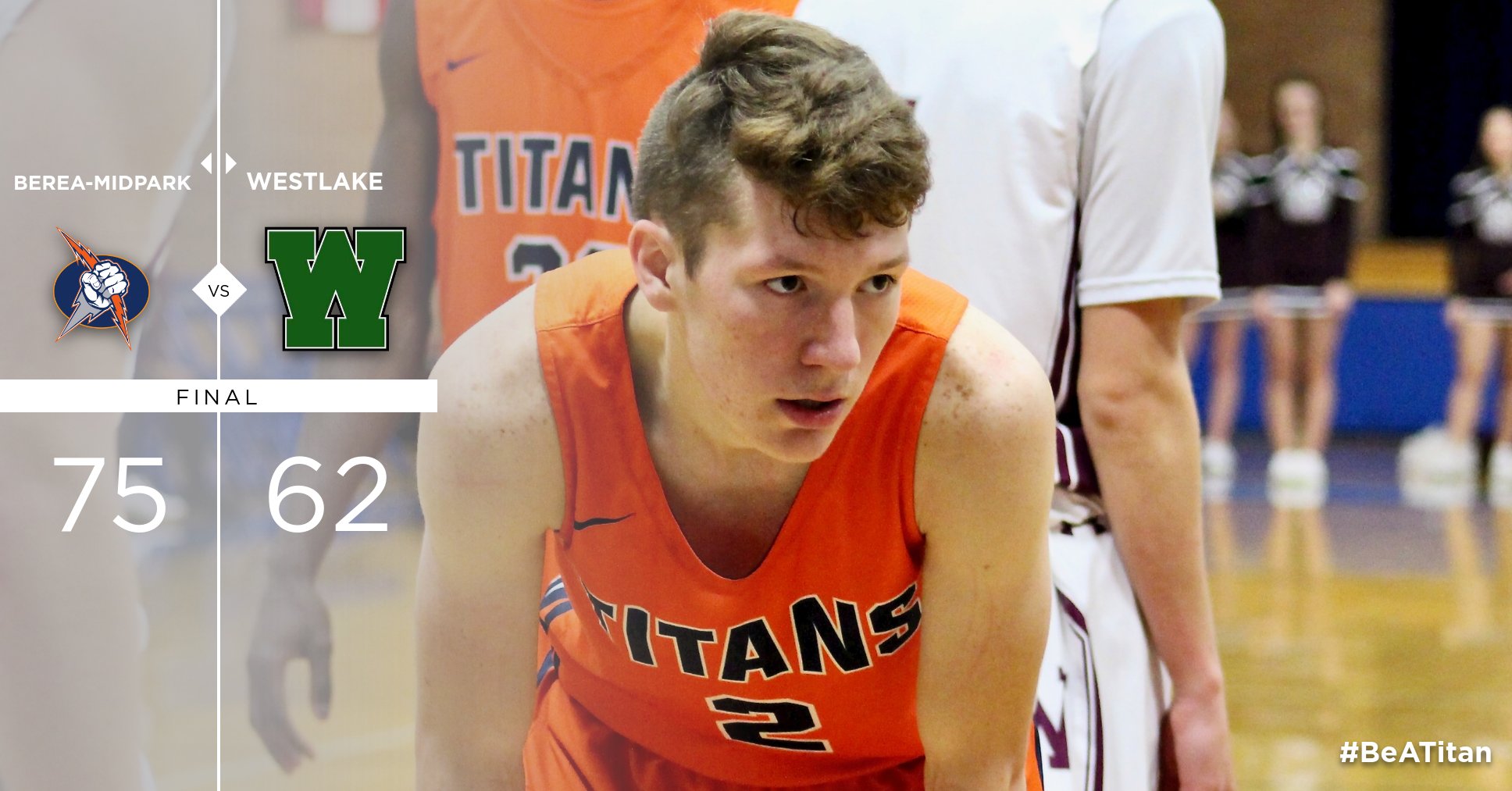 Josh Finkovich set a Berea-Midpark single-game record with 38 points, leading the Titans through a back and forth battle to beat Westlake 75-62 on Friday night.

The 6 foot guard surpassed Bret Swinnerton’s record of 34 by hitting 13 of 21 shots from the field and was a perfect seven of seven from the free throw line. The senior dished out six assists and recorded six steals as the Titans (11-6, 8-5 SWC) handled the pesky Demons (10-6, 8-5 SWC) down the stretch.

The single game scoring record was not the only history made Friday, as junior forward Dominic Zarzycki-Hall broke the Berea-Midpark record for most steals in a single season, surpassing Alex Brown. With five more games remaining, Zarzycki-Hall currently has 54 steals in the 2019-2020 campaign.

Alex Kvak added 14 points and 13 rebounds in yet another double-double performance, while Zarzycki-Hall chipped in 10 for the Titans.

Tyler Kolocouris had 16 points, Justin Garcia and Nate Klima added 15 each for the Demons.

UP NEXT
The Titans will return to the road on Tuesday February 4th as they travel to North Ridgeville to battle the Rangers. Freshmen tip at 4:30, JV at 5:45 and Varsity at 7:00 p.m.