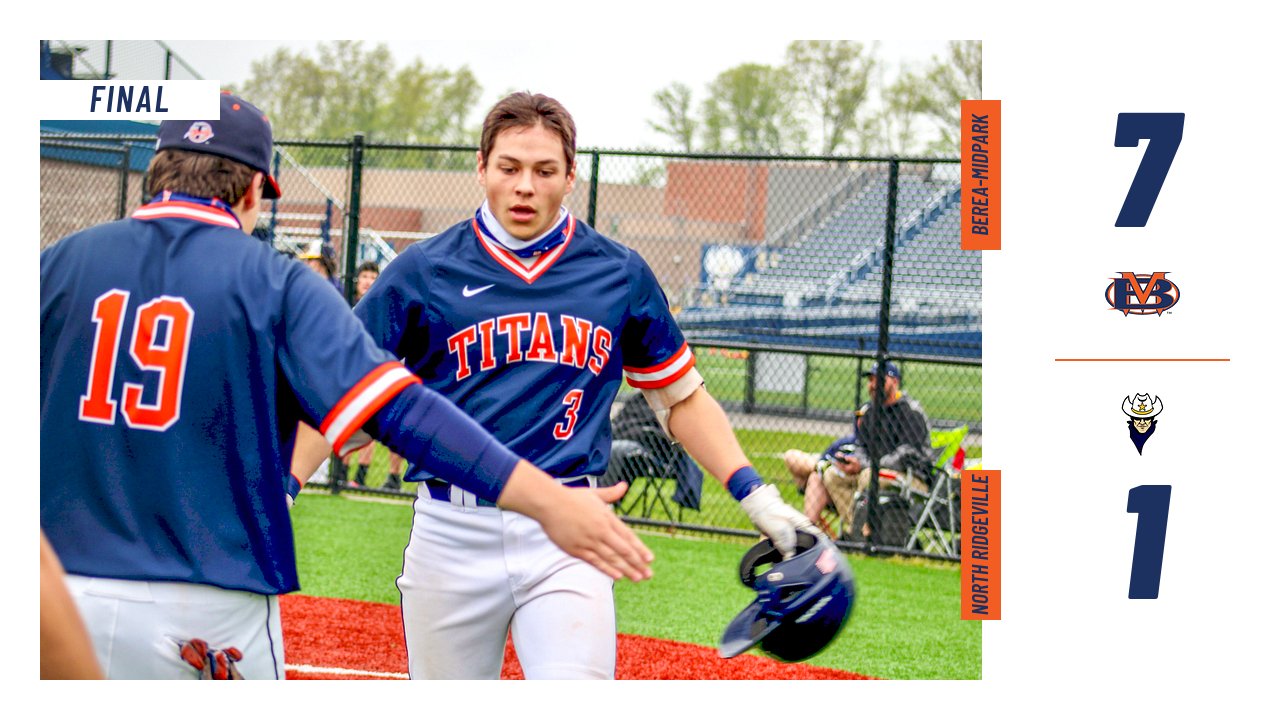 Berea-Midpark senior Mason Decker had himself a day at the plate as the Titans took the victory over North Ridgeville, 7-1, Monday afternoon at North Ridgeville High School.

The Titans third basemen was a triple shy of hitting for the cycle Monday, going 3-for-4 from the plate with a single, double and home run with two runs batted in.

Brady Compton limited North Ridgeville to just two hits while striking out five and walking six to improve his record to 5-0 this season. The senior hurler helped himself out at the dish with a fifth inning single to right field, scoring Kade Swisher, Joey Gorman and pushing the Titans lead to 5-0.

A double by Giano Zuccaro would score pinch runner Mason Prok in the sixth inning. The senior center fielder would score two batters later on a single by Decker.

UP NEXT
Berea-Midpark looks to host Westlake at 4:45 p.m. tomorrow Tuesday May 4th at Kennedy Field.