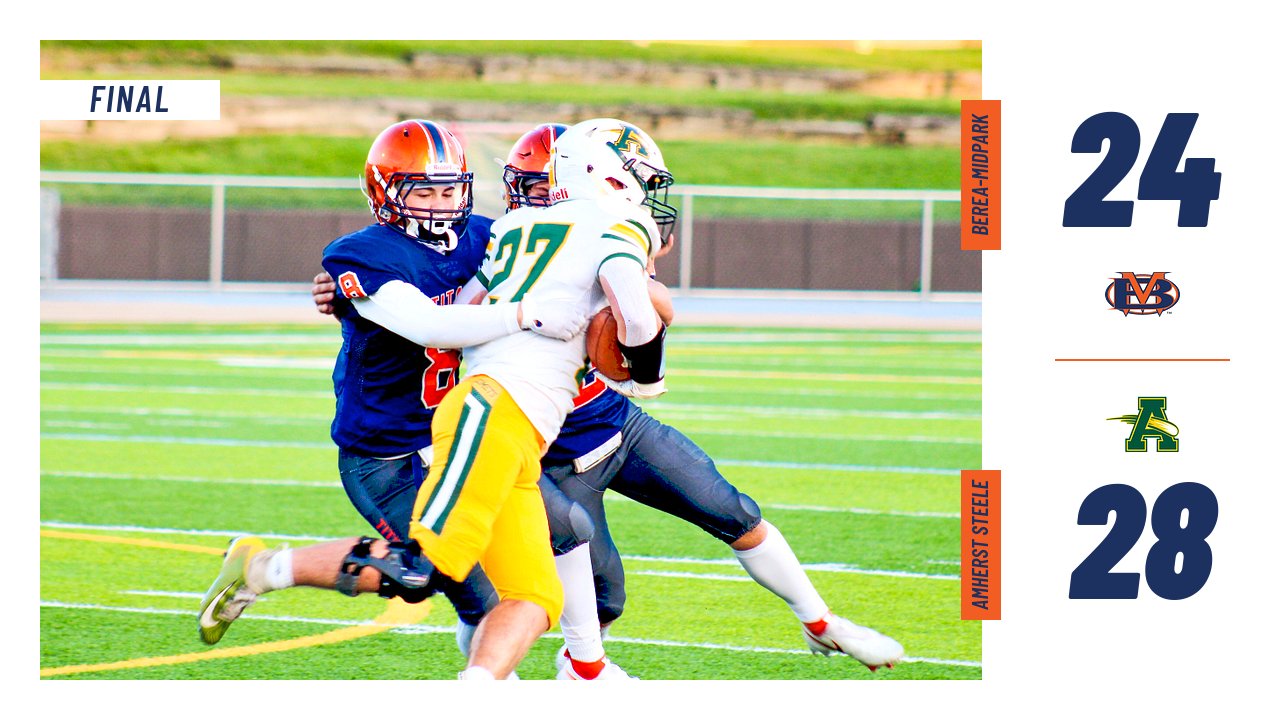 Berea-Midpark’s third home game in a row was spoiled in a heartbreaking loss to the Amherst Steele Comets 28-24 Friday at George Finnie Stadium. A game-winning drive, fueled by a costly defensive penalty with 1:39 left made the difference, as Amherst Steele RB Mackey Perdue’s 1-yard run for a touchdown put the Comets up by four.

Offensively for the Titans, junior quarterback Luke Devins completed 9-of-25 passes for 172 yards with two touchdowns and four interceptions. Aquan Bell led the rushing attack as he had 98 yards on 27 carries with a long of 20 yards and a touchdown. Junior wide out Devin Johnson led the aerial assault with his best performance of the season as he caught three passes for 80 yards and two scores. Jack Arnold hauled in two deep bombs from Devins for 74 yards on the night.

UP NEXT
The Titans will hit the road for the first time in 2020, traveling to Midview High School on Friday September 18th. Kickoff is scheduled for 7pm.