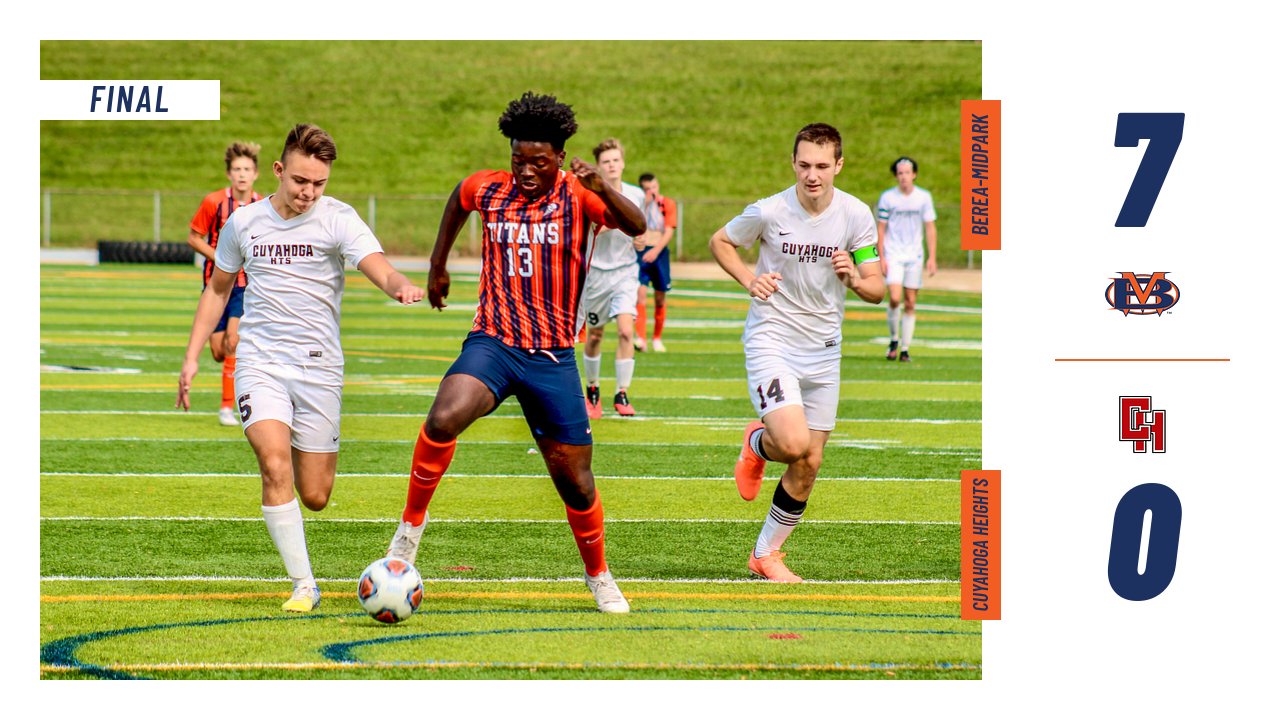 With the win, the Titans earned their second shutout of the season, wrapping up their slate of non-conference matches.

Senior Joey Matese would get the scoring started in the ninth minute, and would find the back of the net again ten minutes later to give the Titans an early 2-0 advantage. Senior Deven Brown powered his way through the back line in the 24th minute to blast home a goal, pushing the lead to 3-0.

Berea-Midpark continued the offensive onslaught in the second half with another four goals. First, in the 55th minute, midfielder Austin Adams scored on an assist from Matese. Brown found the back of the net again via a header past the goalie in the 60th minute. The Titans pressure continued when Patrick Gacki scored in the 61st minute. The final goal came from the Wright Brothers in the 66th minute, when Vincent Wright assisted brother Grady Wright on the goal to give the Titans the 7-0 final victory.

UP NEXT
The Titans will host North Olmsted on Wednesday October 14th at George Finnie Stadium in the regular season finale. JV kicks off at 6pm and Varsity will follow.