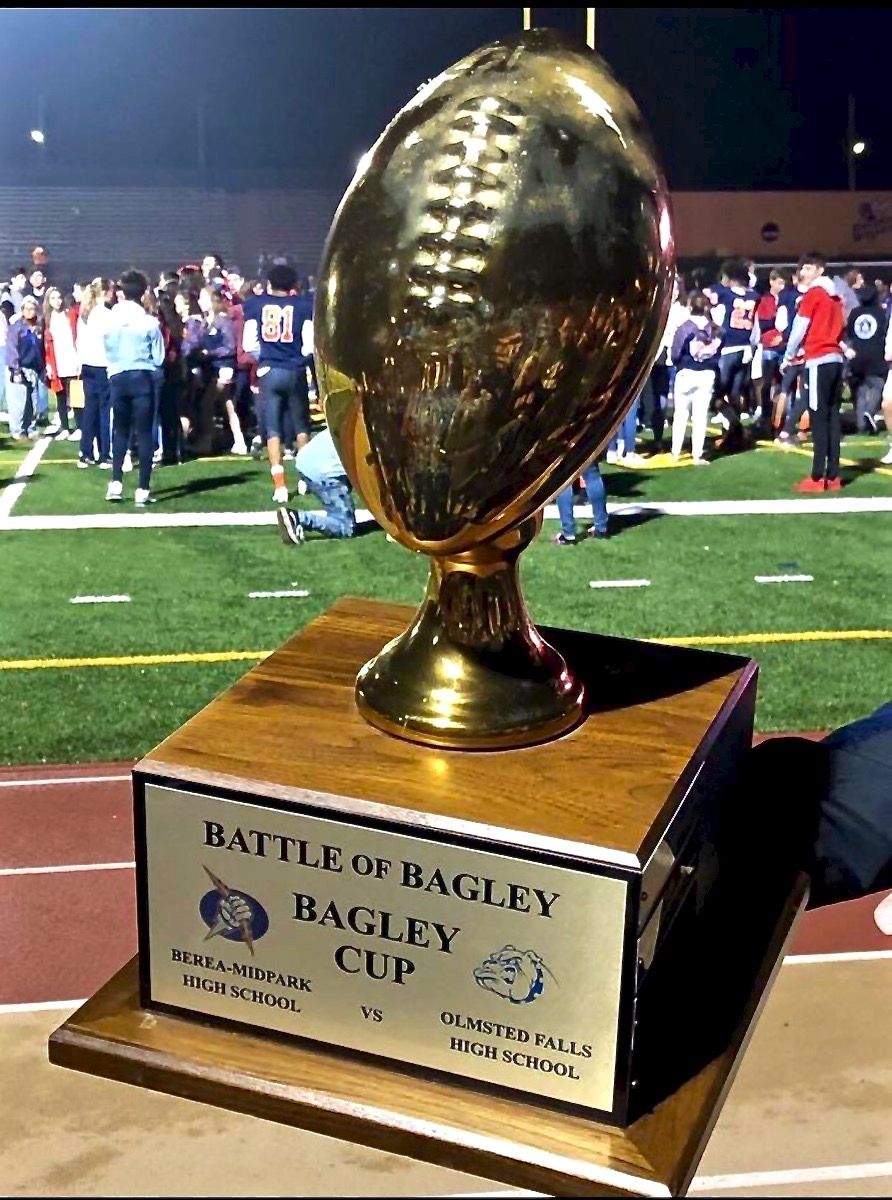 For the better part of three hours Berea-Midpark and Olmsted Falls raced up and down the Tressel Field turf as touchdowns kept piling up, one after another. An absurd 18 in all.

Safety Luke Wolak intercepted Olmsted Falls’ quarterback Teddy Grendzynski in the final minutes and Titans signal caller Trevor Bycznski mercifully ended the game with a simple kneel down to run out a 70-57 victory – the highest scoring regulation game in Berea-Midpark history. The Titans had a balanced attack in the victory, passing for 375 yards and rushing for 333 against the Bulldogs. The 708 total yards of offense compiled on the evening was a new school record. Senior place kicker Nick Ruggiero added the final school record of the night with his second quarter 39 yard field goal.