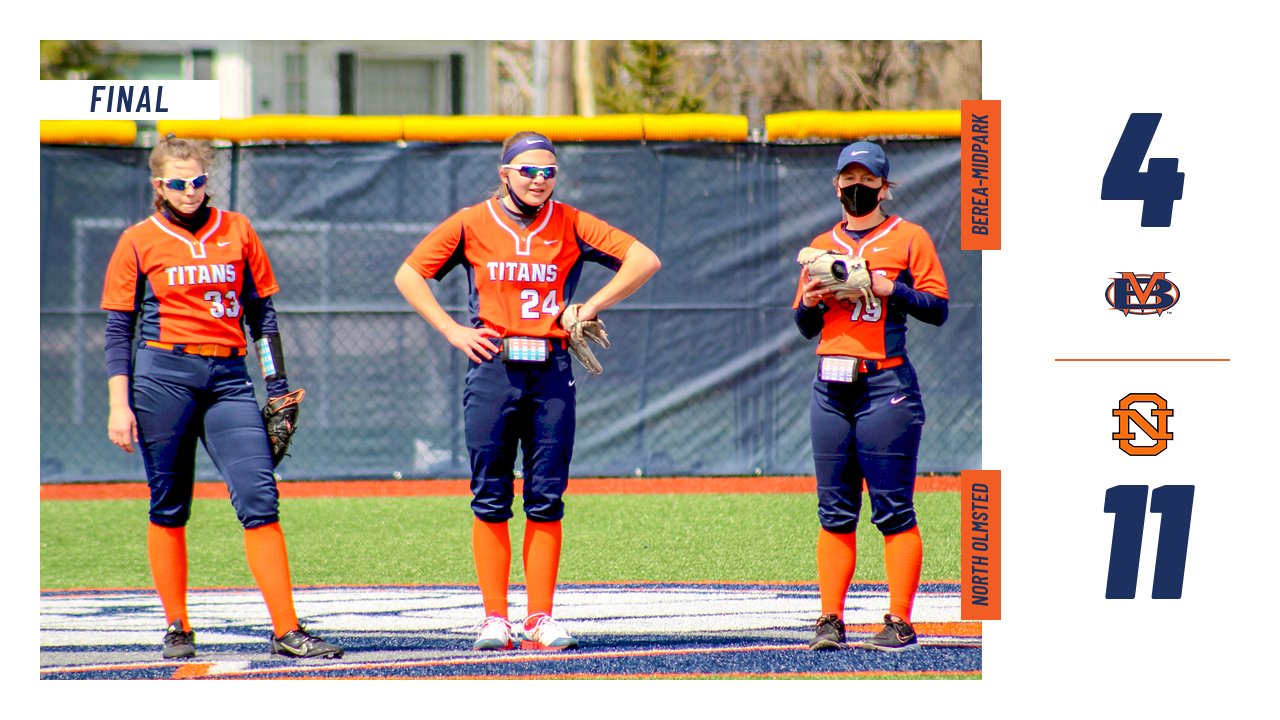 Berea-Midpark made a late push but eventually dropped an 11-4 decision to the Eagles on Saturday afternoon.

North Olmsted scored in six of the seven innings, padding to their lead one to two runs at a time until the sixth and seventh inning when they pushed across six total runs. Berea-Midpark put the ball in play, but could not find many holes in the Eagles defense.

The Titans would score in the third when Sam Smearman blooped a hit between second base and right field, allowing Sam Peterkoski to sprint 120 feet from second base to score.

Smearman would come up big again in the seventh, when the shortstop delivered a 2-RBI double to center field, scoring Olivia Fayne and Sylvia Bordelois. Smearman scored on a single to center by third basemen Mia Strizak before Jenna Zaremba flied out to Isabella Reich in left field to end the comeback.

UP NEXT
Berea-Midpark is back in action Monday April 5th at the Roehm Athletic Complex, taking on Avon Lake at 4:45 p.m.