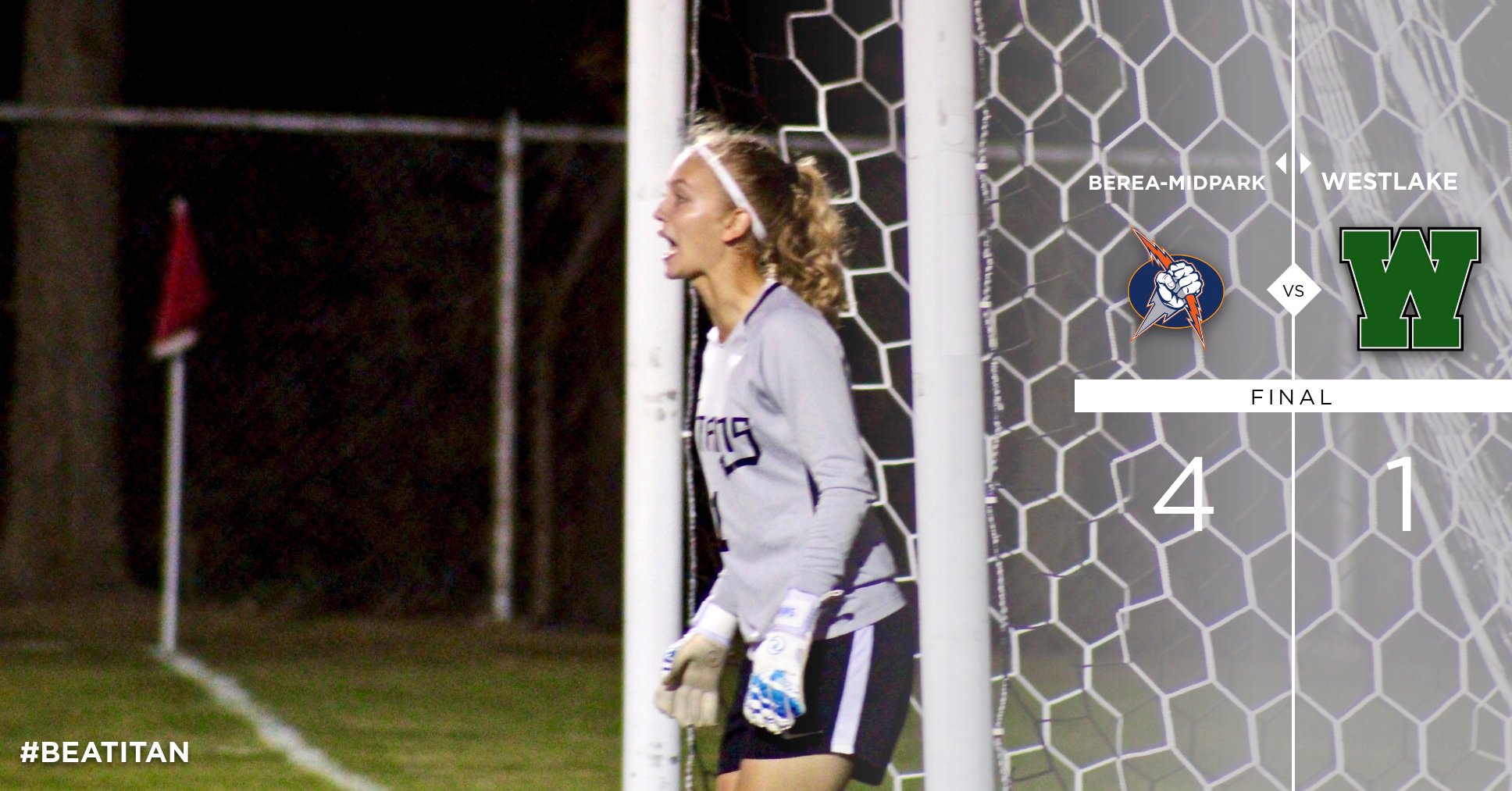 The Berea-Midpark girls soccer team scored four times Wednesday night, defeating Westlake, 4-1. With the win, the Titans improve to 6-0-0, 4-0-0 in the Southwestern Conference, while the Demons drop to 3-1-3, 2-1-1 in conference play.

Makayla Watkins and Hallie Krzys found the back of the net in the first half to give the Titans the early 2-0 lead. Westlake’s Sami Jablonski popped one over the outstretched hand of Bridget Satow with only seconds remaining to cut the Titans lead to 2-1 heading into halftime.

In the second half Krzys scored her second of the night to once again give Berea-Midpark a two goal lead. Junior Leia Rienerth slammed home a rebound in the box to for the final goal of the game.

UP NEXT
The Titans will travel to Mayfield on Saturday September 7th to battle the Wildcats. JV begins at 1 p.m. with Varsity following at 3 p.m.