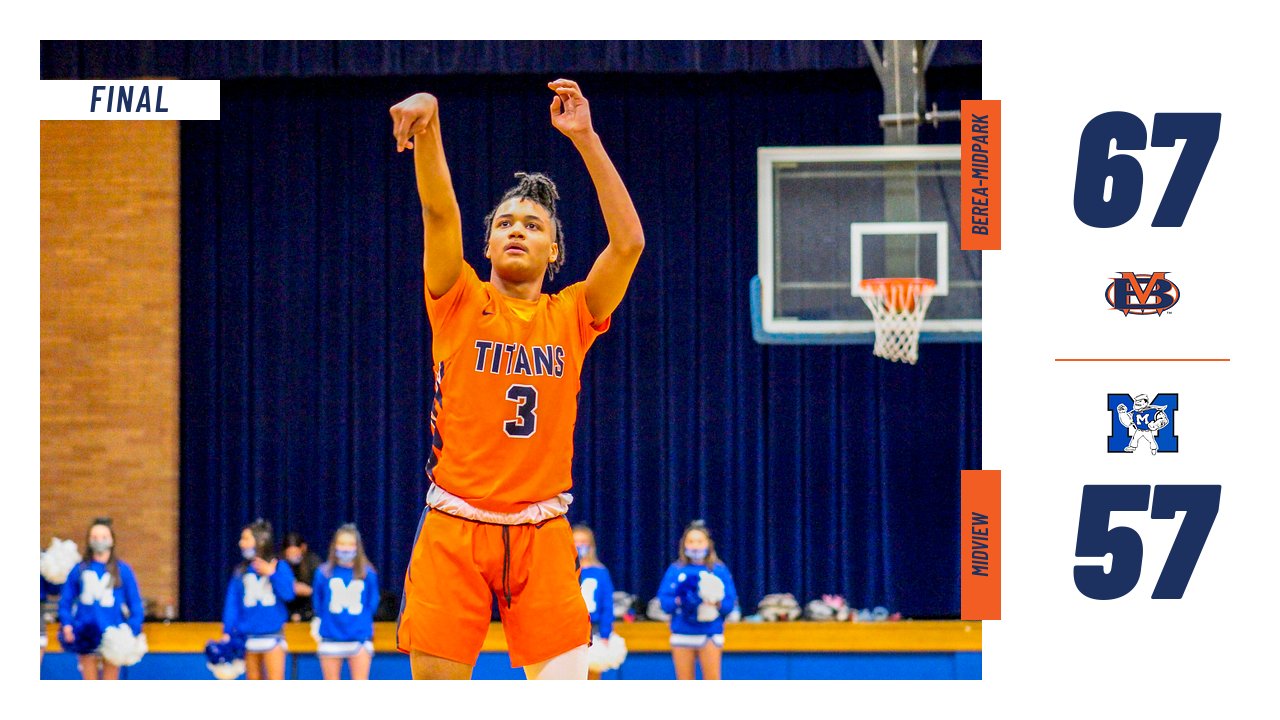 Berea-Midpark used a 18 point third quarter to push their first half lead it held on the way to a 67-57 win at Midview Tuesday at the Kubiski Gym.

Berea-Midpark controlled the interior paint with Alex Kvak making 9-of-14 shot attempts on his way to a team-high 22 points and 12 rebounds in the win.

Johnson and Arnold were given the task of defending Midview sharp-shooter Nyco Vidal, often playing with their back to the action, shadowing the senior guard all 94 feet. The duo were up to the challenge and then some, holding Vidal to two points as the senior fouled out in the fourth quarter. With Vidal heavily contested, the Middies turned to Aden Gregory for offensive production. The junior led all scorers with his 34 points on the night.

UP NEXT
The Titans will host back to back home games at the end of the week, with the Eagles of North Olmsted coming in on Friday January 15th. Freshman will tip at 4:30, JV and Varsity will follow.