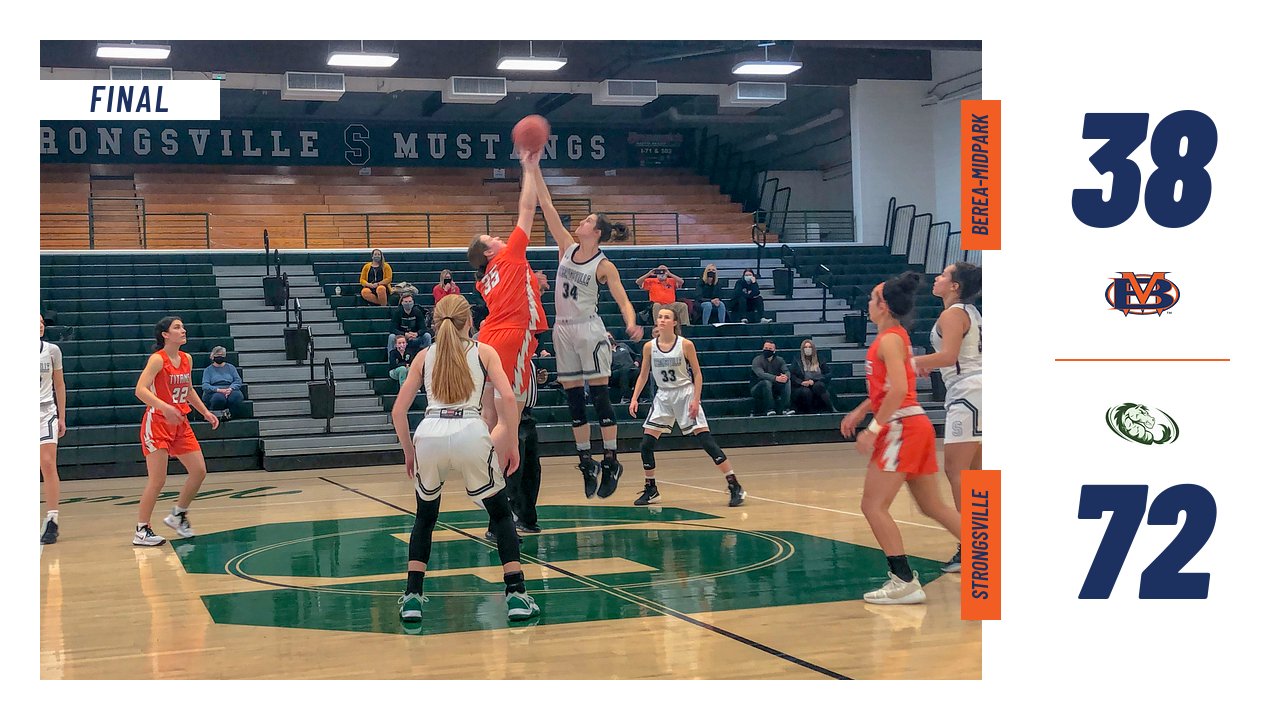 Berea-Midpark’s season came to an end on Tuesday after its 72-38 loss to Strongsville in the OHSAA District Semifinals.

Lindsey Seballos led the way in scoring for the Titans with eight points, while four other players had at least six points on Tuesday night.

Strongsville jumped out to an early lead in the first quarter, led in part by Reagan Bass’ ten points. Berea-Midpark bounced back in the second quarter with Seballos and Talyssa Moody providing scoring beyond the arc.

Trailing 41-18 at the half, the Titans had their best quarter as Jenna Bycznski and Athena Sevastos both scoring four and Moody draining another three-ball. The Mustangs didn’t stay down for long, though. They outscored the Titans 31-20 in the second half thanks to Bass and Shelby Sallee.