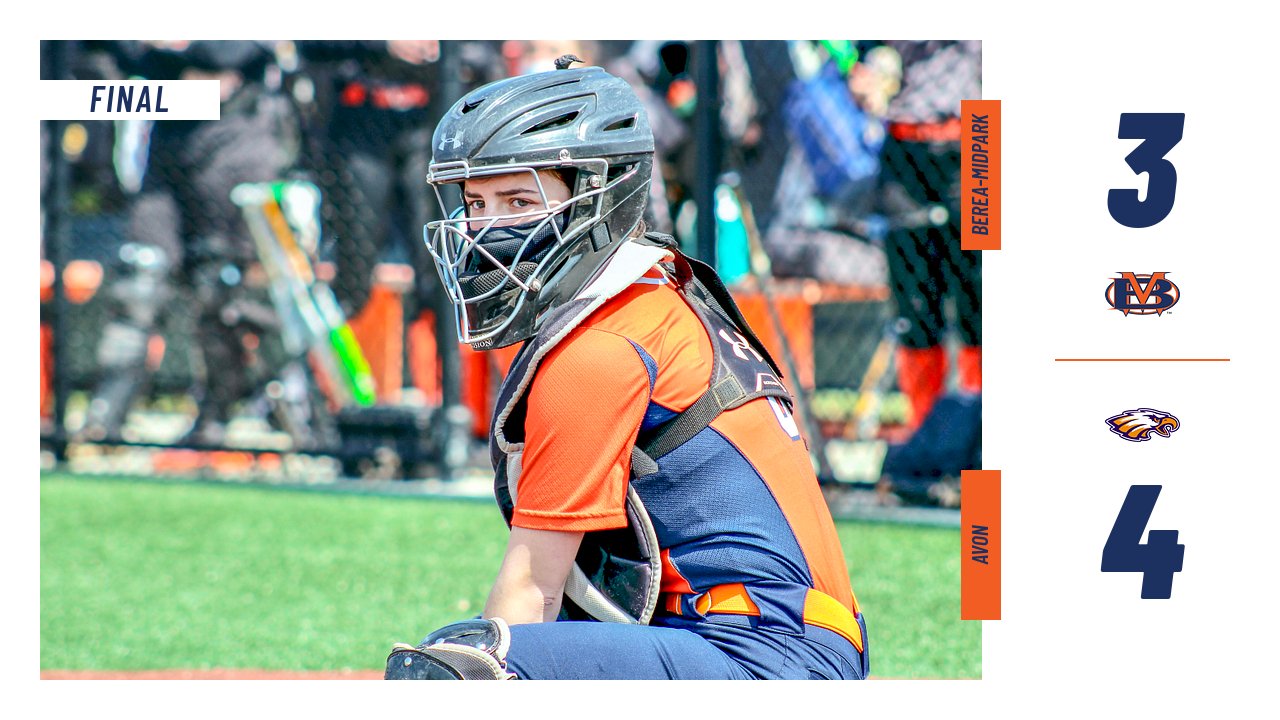 The Berea-Midpark softball team dropped a late 4-3 decision on the road to Avon on Wednesday evening.

Trailing 4-0 after the first four innings, the Titans were able to get on the board. Sylvia Bordelois drove a single to center field scoring both Mallory Herwerden and speedster Sam Peterkoski.

In the sixth inning, the Eagles gifted Berea-Midpark another run when Sam Birch reached first base on an error by catcher Emma Ody, allowing Sam Smearman to score.

Avon was able to keep Berea-Midpark’s bats at bay the majority of the game. Eagles’ freshman Jesse Dean went the distance, giving up only three hits and striking out eight. Alisia Ortiz got the start for the Orange and Blue, pitching three and a third innings, before giving way to Herwerden who closed shut down Avon’s offense the rest of the way, striking out four.

UP NEXT
Berea-Midpark continues its road trip as they travel to Westlake Thursday April 8th. First pitch is scheduled for 4:45 p.m.