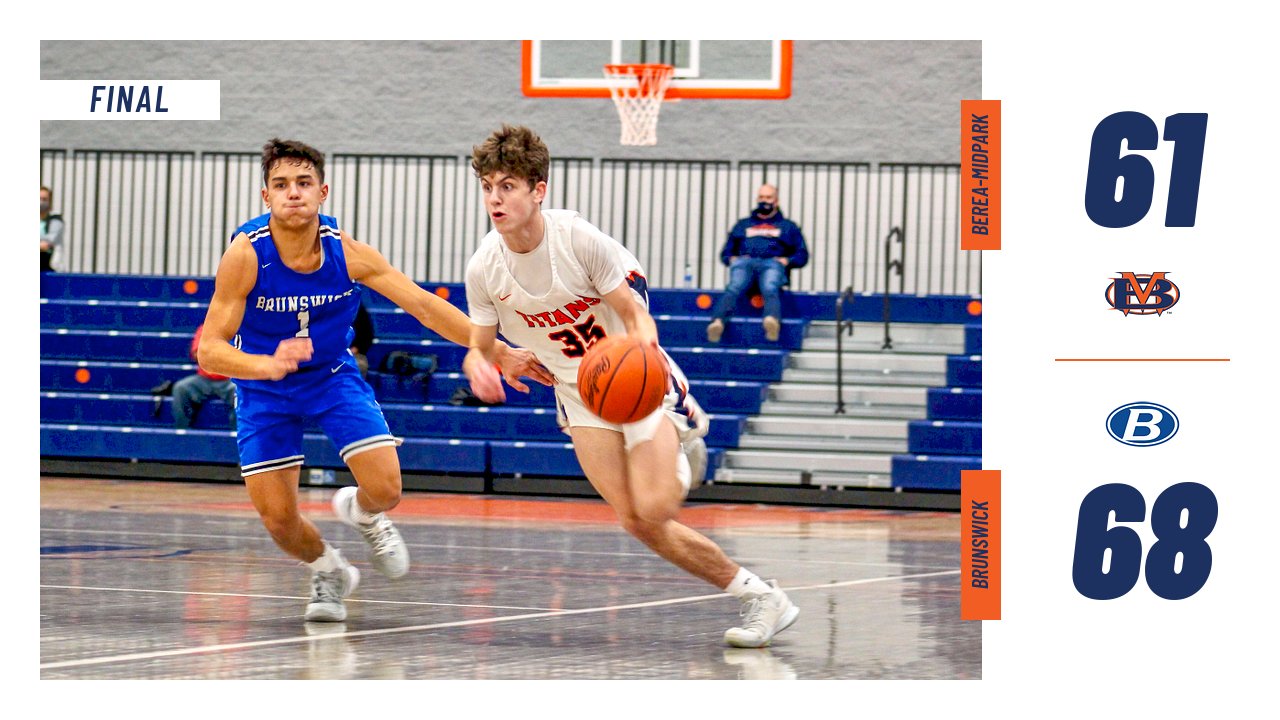 The Berea-Midpark boys basketball team dropped a 68-61 decision to Brunswick Saturday night at Berea-Midpark High School. With the loss, the Buckeyes fall to 6-4 on the year, 5-3 in the Southwestern Conference.

Alex Kvak paced the Titans with his 20 points and six rebounds while Dominic Zarzycki-Hall added 12 points and Devin Johnson chipped in 11. Marquis Barnett led Brunswick with 28 points while Tre Massey poured in 21.

The Titans looked to cover Barnett and Massey all 94 feet of the court for the entire evening. Juniors Johnson and Jack Arnold were assigned to Massey, while Zarzycki-Hall and Patrick Amburgy had the tall task of defending Barnett. Berea-Midpark raced out to an early 14-8 lead after the first quarter thanks to the inside presence of Kvak and Zarzycki-Hall. Contributions by Johnson and Arnold in the second quarter allowed the Orange and Blue to take a 32-28 lead into the locker room at halftime.

As Head Coach Duke Barther and Brunswick’s Joe Mackey have squared off several times in their careers, the second half was going to come down to which team could capitalize on adjustments. The duo of Barnett and Massey stepped to the challenge in the third quarter, combining to score all 19 of Brunswick’s points in the frame, and take a 2 point lead into the fourth.

Jayson Levis had a big fourth quarter, scoring all seven of his points in the final eight minutes, as the freshman point guard, Johnson and Kvak tried to rally the Titans back. In the end, Barnett’s nine fourth quarter points along with key buckets from Connin Som and Thomas Krizsa allowed the Blue Devils to hold onto the victory.

UP NEXT
The Titans will travel to Avon on Tuesday January 26th as they return to SWC action. Freshmen will tip off at 4:30, JV and Varsity to follow.