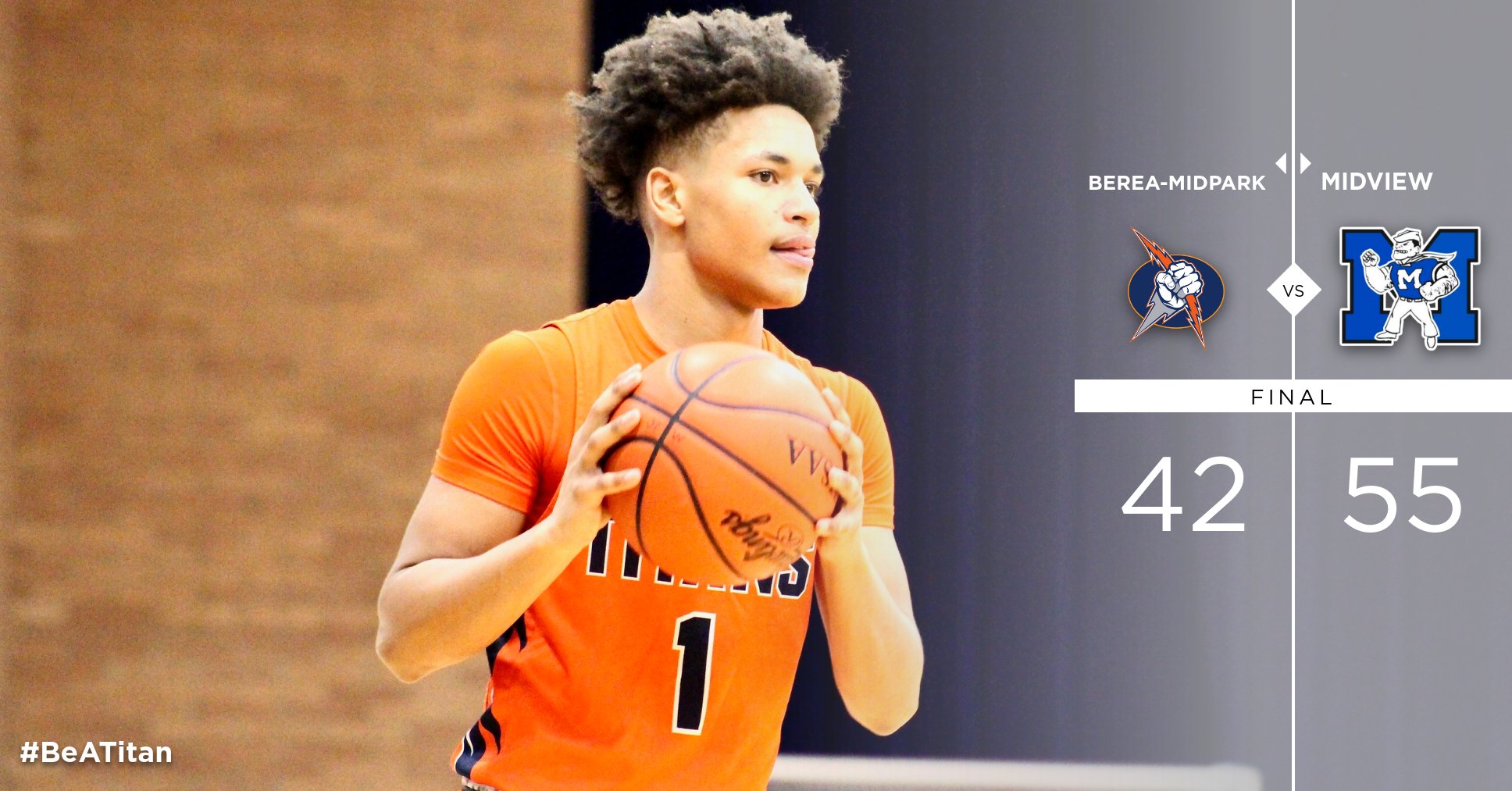 The Berea-Midpark boys basketball team dropped a 55-42 decision to Midview Tuesday evening at Kubiski Gym. With the loss, the Titans drop to 8-4 on the year, 5-3 in the SWC, while the Middies improve to 10-2, 7-1 in conference play.

Alex Kvak led Berea-Midpark with 12 points to go along with nine boards while Dominic Zarzycki-Hall tallied 10 points and seven rebounds and Devin Johnson scored 10. Jonny Manning poured in 22 for the Middies while Marcell Young and Aden Gregory chipped in with 12 points each.

With the Middies in a zone and the Titans playing aggressive man defense to start the game, the first half flew by as both teams diagnosed how they would attack each other in the opening 16 minutes.

The second half was a complete 180 from the first, as points were being scored at a rapid pace. Despite six points from Kvak in the paint, and four from point guard AJ Comer, the Middies outscored the Titans 21-16 as Gregory hit two of his four three pointers. Midview continued to attack with Manning and Gregory in the final quarter to eventually seal the victory.

UP NEXT
The Titans will travel to North Olmsted on Friday January 17th. Freshman will tip off at 4:30 with JV and Varsity to follow.