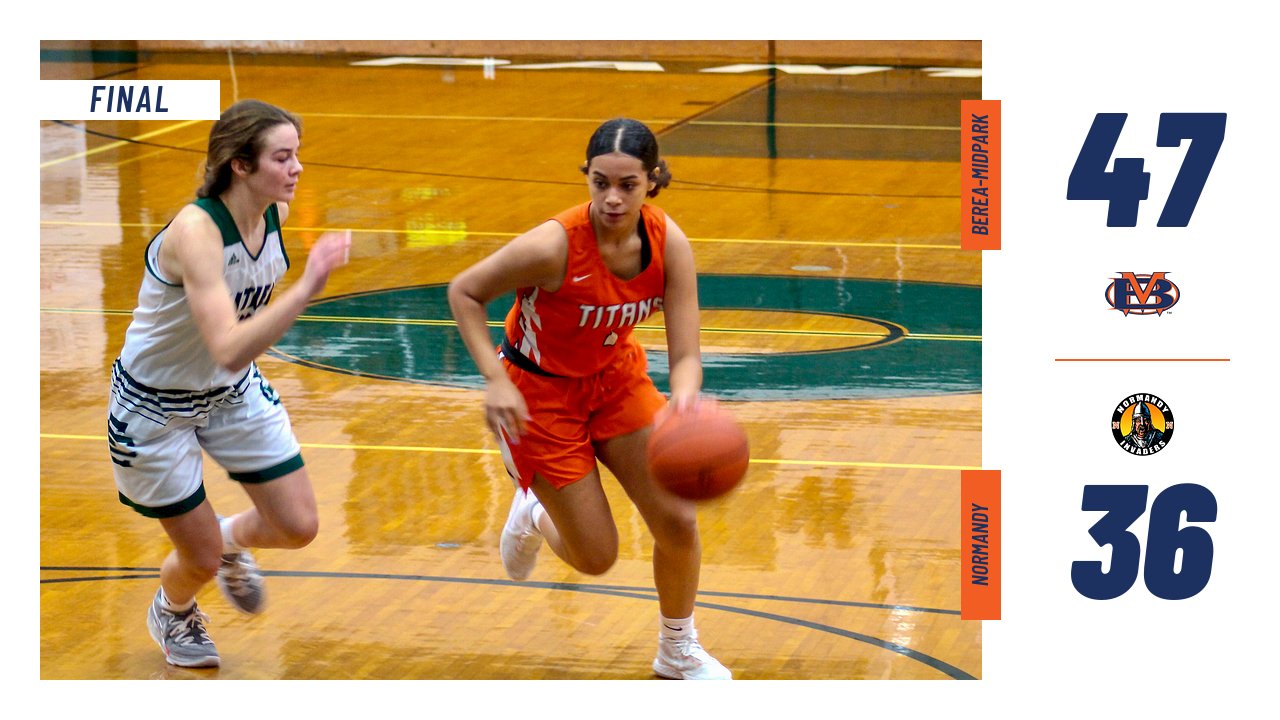 Any time Berea-Midpark needed a lift against Normandy, coach Brittney McNamara got it from her sophomore guards.

Talyssa Moody had a great night shooting with her 15 points and Lauren Yee scored 11 points, Courtney Simon finished with seven and Berea-Midpark withstood a third quarter charge from Normandy for a 47-36 victory on Thursday in a second-round OHSAA Tournament game.

The thirteenth-seeded Titans took control from the tip in the first quarter rushing out to a 14-5 lead with Moody and Simon starting early, each scoring five in the opening frame. Normandy would make their way back in the second quarter with Madison Fueger causing trouble for the Titans and she scored five and teammate Delaney Sullivan had four as the Invaders cut it to three at the half.

Normandy put the pressure on in the third quarter with senior forward Lucy Leatherman scoring six to pace the invaders. The Titans locked down on defense in the final quarter. Jenna Bycznski was a force inside with several blocks at the rim. Yee started to feel comfortable slashing through the lane past the tired Normandy defense. The sophomore point guard scored nine of her eleven in the second half.

UP NEXT
Berea-Midpark will travel to No. 7-Seeded Strongsville, Tuesday February 23rd for the OHSAA District Semifinals. Tip is set for 7:00 p.m.