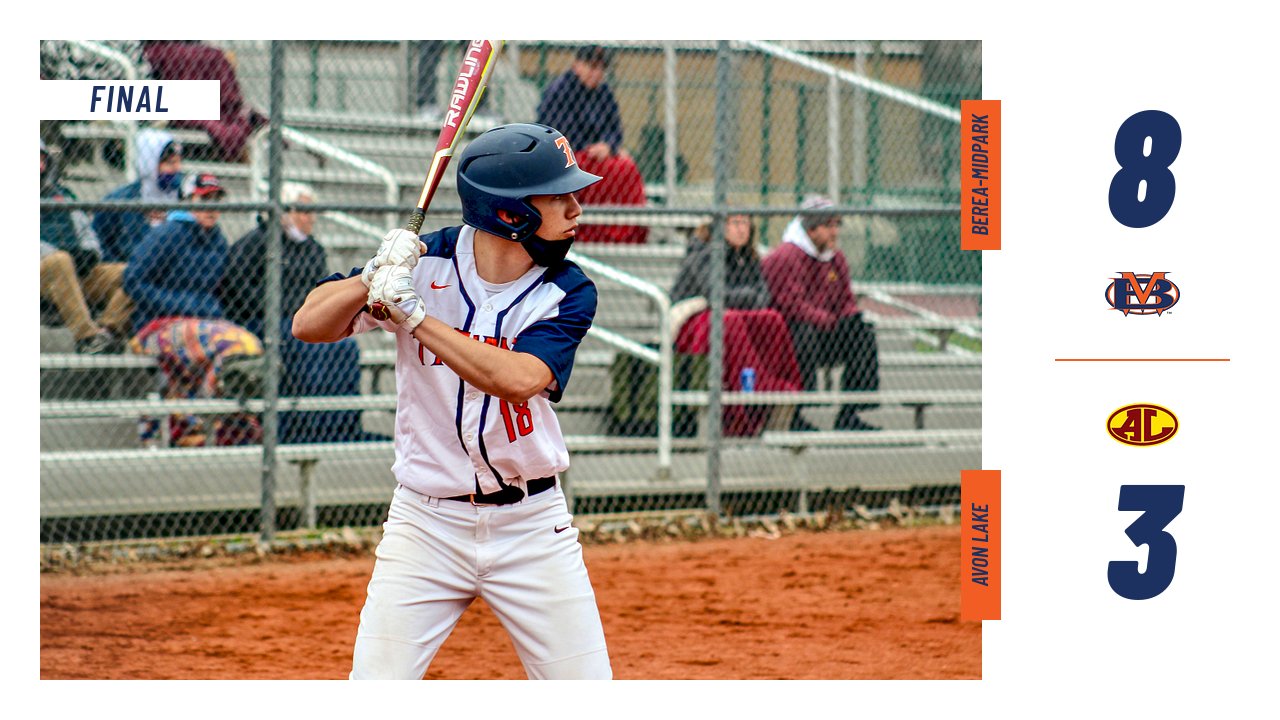 The Berea-Midpark baseball team started the week with a 8-3 win over Avon Lake Monday afternoon at Kennedy Field.

Senior catcher Kade Swisher had another big day at the dish, going 2-for-3 with a run scored, a double and two RBI. Joey Gorman had another multi-hit game, leading the Titans early in the year in hits. Billy Campbell and Brady Compton each recorded two runs batted in on the afternoon.

UP NEXT
The Titans will travel to Crusher Stadium on Wednesday April 7th when they battle the Avon Eagles. First pitch is scheduled for 4:45 p.m.