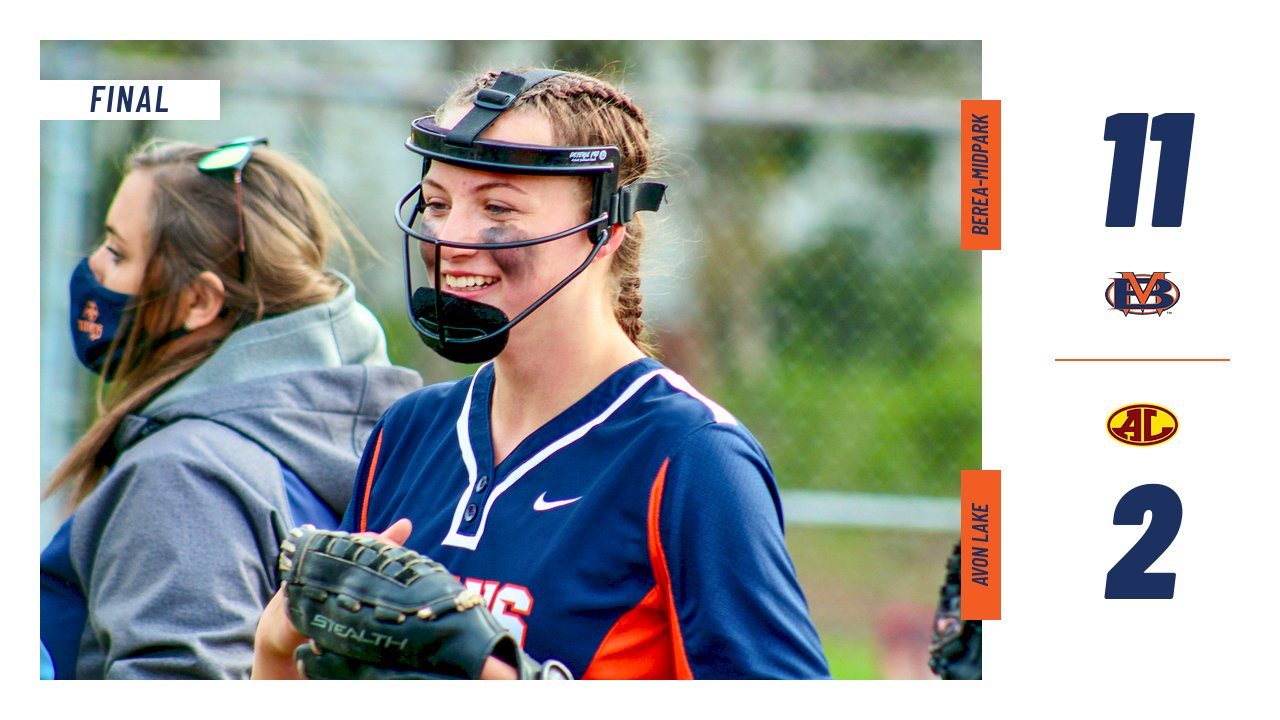 The Berea-Midpark softball team continued from its stellar weekend with a 11-2 win over Avon Lake on Monday afternoon. The Titans move to 6-10 on the year with a 4-8 mark in the Southwestern Conference.

Right-handed hurler Mallory Herwerden secured the win after a solid performance in the circle. She struck out a season high 14 Shoregals and allowed seven hits and two runs over seven innings.

The sophomore helped her own cause at the plate, going 2-for-5 with a double, a home run and two RBI. Alicia Ortiz (3 RBI) and Kyleigh Tyler (2 RBI) each had multi-hit afternoons while seven different Titans recorded a hit in the victory.

UP NEXT
The Titans and Avon Eagles will play at 4:45 p.m. on Wednesday April 28th from the Roehm Athletic Complex.