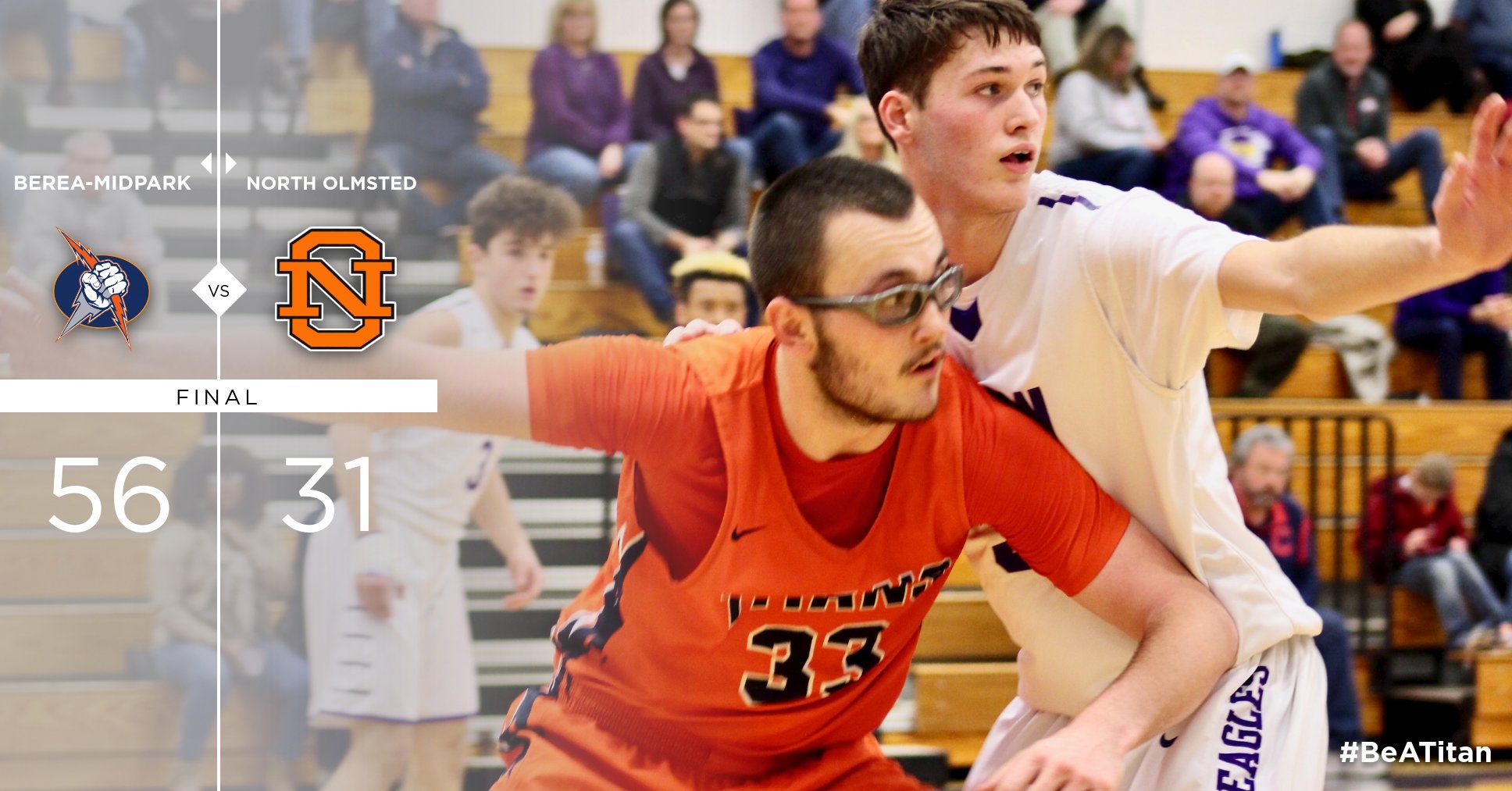 The No. 4 seed Berea-Midpark boys basketball team played a complete team game on their way to an impressive 56-31 victory over No. 13 seed North Olmsted Wednesday evening in the Bob Purdy Gymnasium. With the win, the Titans, now 14-9 on the year, advance to host No. 5 seed Avon Lake at 7:00 p.m. Saturday.

Berea-Midpark opened the game with an 11-4 lead after the first quarter but there was a different energy from last Friday night’s 65-57 victory over the Eagles. The Titans were aggressive on the defensive end, stepping into the passing lanes, getting their hands on deflections and recording 26 steals on the evening. The tremendous defensive effort led to Berea-Midpark holding North Olmsted to a scoreless second quarter.

Alex Kvak went to work in the third quarter, scoring 10 of his 18 points off several fantastic assists from Josh Finkovich, Devin Johnson and AJ Comer. In total, 10 of Berea-Midpark’s 13 players scored in the team victory.

UP NEXT
Berea-Midpark will host No. 4 seed Avon Lake in the OHSAA Sectional Finals on Saturday February 29th at 7:00 p.m.