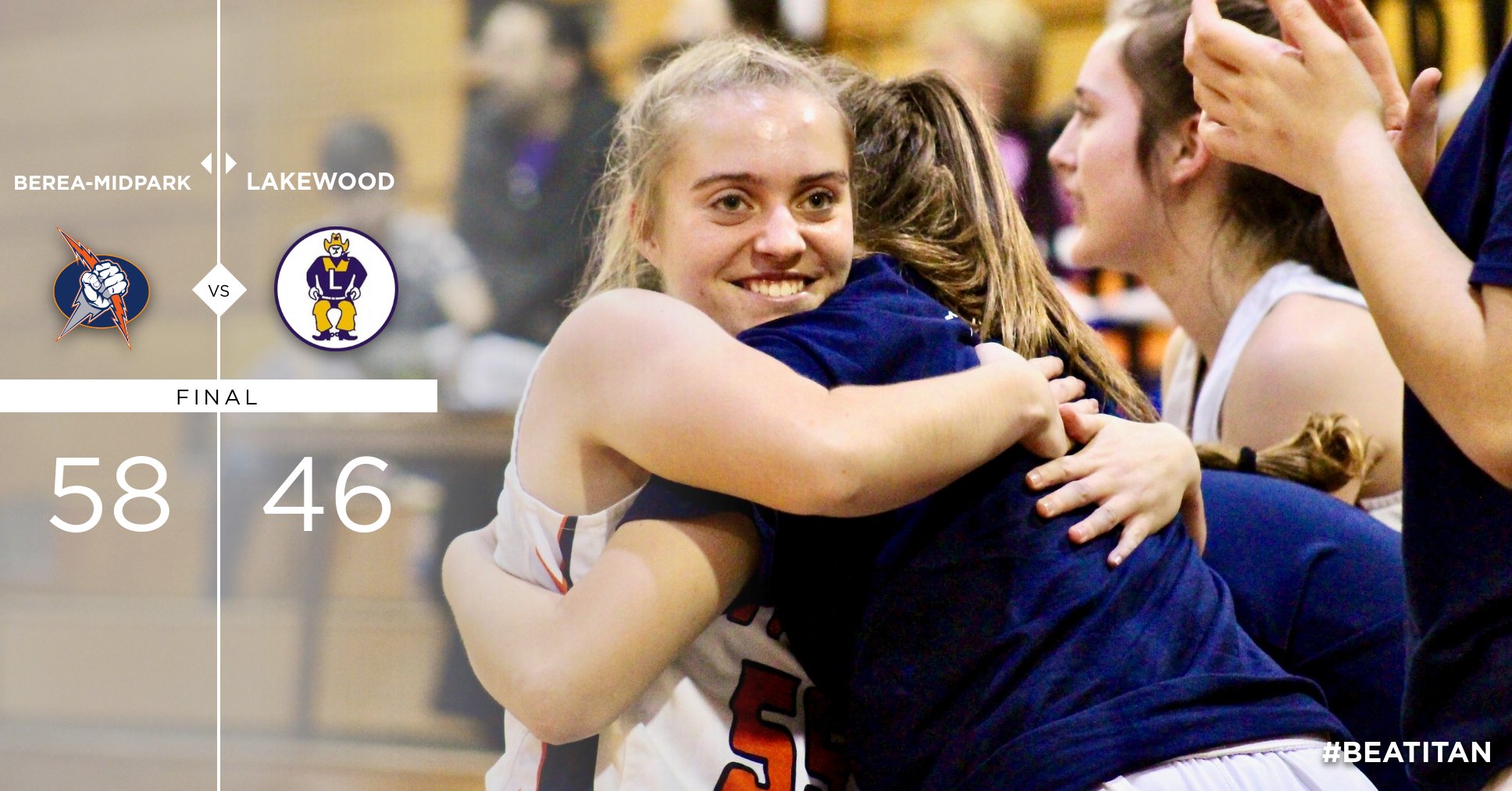 On a snowy night at the Bob Purdy Gymnastium where Berea-Midpark honored its four seniors, the Titans jumped out to an early lead and were able to hang on to a 58-46 victory over visiting Lakewood.

With the win, the Titans have won four-straight against Southwestern Conference foes and finish the regular season 11-11 overall and 8-10 in the conference.

Berea-Midpark used the emotional boost from the senior day festivities and led 21-8 early. But Lakewood hung around and trailed by just six midway through the fourth quarter. The clutch free throw shooting of Lantow (7-of-9) in the fourth quarter sealed the victory for the Titans.

UP NEXT
The Titans will host Midview on Saturday February 15th in the opening round of the OHSAA Elryia Sectional. Tip is scheduled for 1:00 p.m.